BUFFALO, N.Y. (WHEC) – Buffalo’s mayor, Byron Brown, will be in Washington on Monday for a ceremony highlighting the signing of the Bipartisan Safer Communities Act. It’s in the wake of the mass shooting in which 10 people were killed inside a Tops store in Buffalo.

The new law represents the first major federal gun safety legislation in almost 26 years. It requires an enhanced background check for people under the age of 21 who buy guns. It also provides federal funding for state red flag laws, and attempts to disarm domestic abusers, and will help fund mental health and community violence intervention programs.

Mayor Brown will be joined at the White House by Jerome Bridges, who is credited with helping several people hide in a conference room inside Tops during the mass shooting earlier this year.. 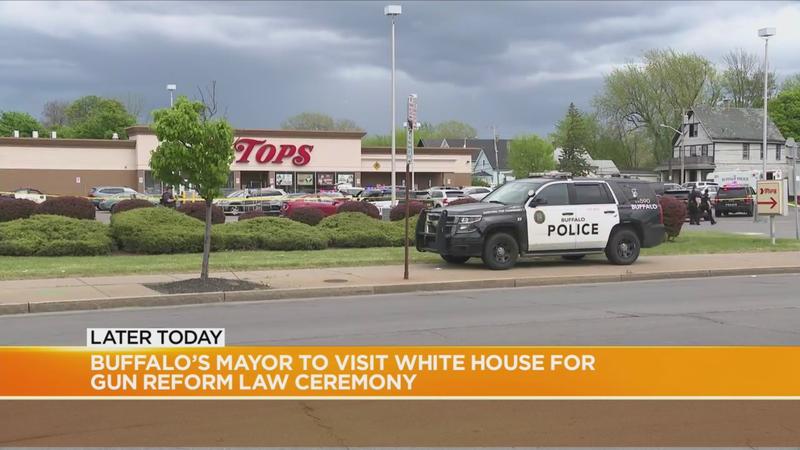