BUFFALO, N.Y. (AP) – The Buffalo supermarket where 10 Black people were killed by a white gunman reopened its doors to the public Friday, two months after the racist attack.

A moment of silence and prayer was held Thursday at Tops Friendly Market to honor the victims, employees and community impacted by the May 14 mass shooting, with a ceremonial reopening of the overhauled store before customers return Friday, the company said.

Ten Black people were killed when a then-18-year-old gunman wearing body armor and carrying a semiautomatic rifle opened fire on weekend shoppers and employees. Three people were wounded in the massacre.

Investigators say the shooter was motivated by white supremacist beliefs and researched the demographics of the predominantly Black neighborhood where the market is located with the intent of killing as many Black people as possible. He drove for more than three hours from his home in Conklin, New York, to carry out the attack, authorities said. 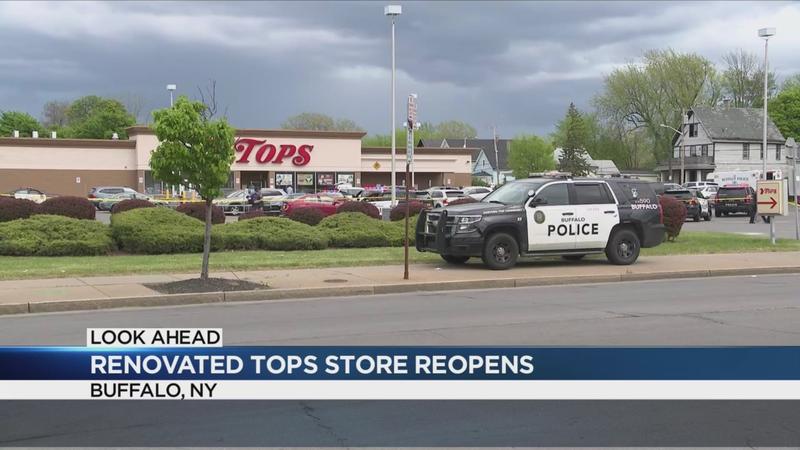 On Thursday, a federal grand jury indicted the shooter, Payton Gendron, on counts including federal hate crime charges punishable by the death penalty. Federal charges were first announced last month, and Gendron has pleaded not guilty to state and federal charges.

The decision to reopen, rather than relocate, the store has been met with mixed emotions in the East Buffalo neighborhood that, beset by high poverty, fought for years to get a grocery store. Since opening in 2003, the Tops location remains the only supermarket in the immediate area. Its closure after the shooting forced many residents to take buses to other locations or rely on stopgap measures like neighborhood giveaways to access fresh food.

"We must go on," said Tops employee Rosalie Bishop, who has worked at the store for 12 years. She wants the store open again – and never for a moment considered not returning to work with colleagues who she considers family.

Suggestions to local media and on social networks include turning the site into a park or recreational center that would bring the community together, or having several supermarkets that are more dispersed throughout Buffalo’s East Side.

Some simply can’t imagine entering a store where such terrible events took place.

Gendron was arrested just outside the store’s front entrance.

Authorities say he was motivated by white supremacist beliefs, including a baseless conspiracy theory about a plot to diminish the influence of white people. He chronicled his plans for months in an online diary, authorities said, and livestreamed the attack via a helmet camera.

Mayor Byron Brown said he was apprehensive while first touring the remodeled store but believes the overhaul will be helpful to customers.

"I realize that not everyone will feel comfortable returning to the store," he said in a statement, adding that he is encouraging other retailers to serve the area.

"None of us will ever forget the cruel, racist attack," Brown said. The reopening is a step toward healing, he said.

Bishop already has returned to the store to help prepare. Her first day went smoothly, but a security drill with flashing lights on the second day sent her home, shaken, mid-shift. Still, she said she is not afraid for her safety.