ROCHESTER, N.Y. (WHEC) — A man is in the hospital and three parked cars were hit with bullets during a shooting on Shelter Street near Jefferson Avenue.

Rochester police responded to the call just before 11 a.m. on Wednesday and found a 37-year-old with a lower-body gunshot wound. An ambulance took the man to Strong Hospital and he is expected to survive.

There are no suspects in custody and anyone with information is asked to call 911. The one was inside the cars. 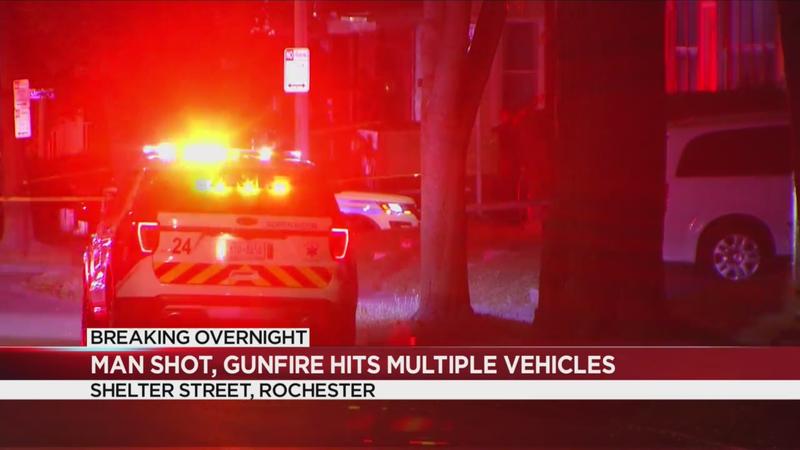