Editor’s note: This story has been updated to reflect a correction sent by the Ontario County Sheriff’s Office about the day of Robert Burtis’s death.

CANANDAIGUA, N.Y. (WHEC) — A Canandaigua man has died from his injuries after he was flown to the hospital with severe burns on Monday.

The Ontario County Sheriff’s Office Thursday said that 61-year-old Robert Burtis passed away from his injuries on Wednesday.

Deputies still say the incident was not suspicious in nature, but have still not released the cause of the fire.

When Burtis was found burned behind a garage on North Road on Monday, deputies say none of the buildings around him were on fire. 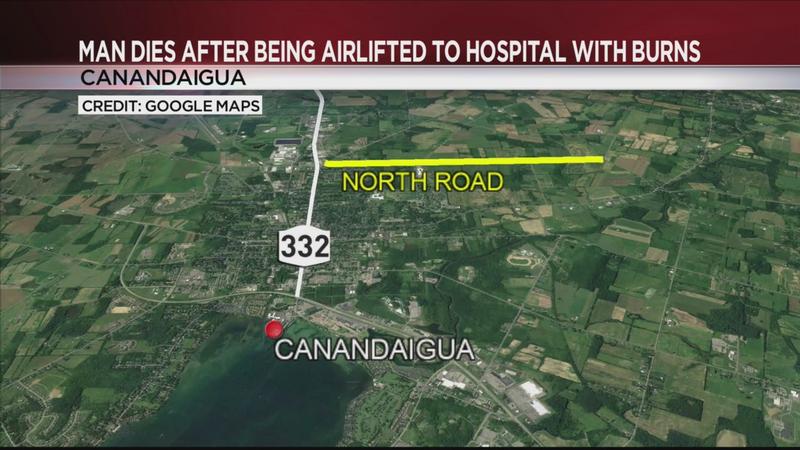