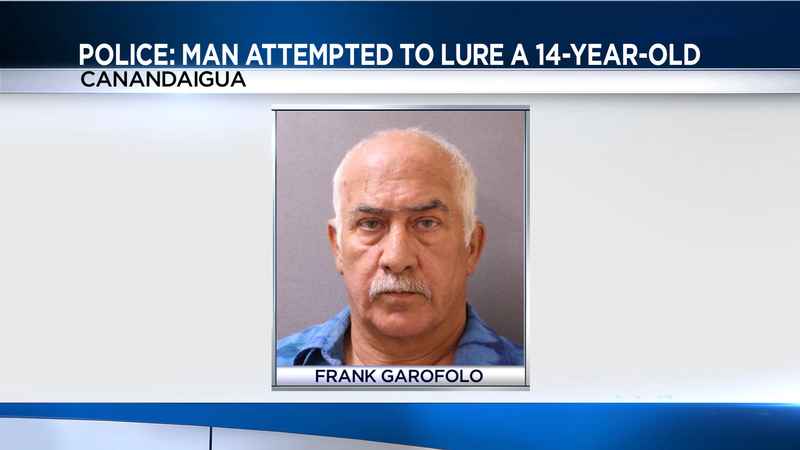 CANANDAIGUA, N.Y. (WHEC) — A Canandaigua man is facing a charge of attempted criminal sex act in the second degree.

Police say, Frank Garofolo, 56, of Canandaigua, tried to lure a 14- year-old on social media for sexual activity, but he actually met a Canandaigua Police detective.

The 56-year-old was arrested on Thursday and issued an appearance ticket to appear in Canandaigua City Court at a later time.