ROCHESTER N.Y. (WHEC) — The Rochester Police Department has confirmed that an accident on Sunday caused a car to become caught in power lines on Emerson Street.

A viewer, Vaughn Boler, sent us a video showing the car with its front suspended in the air by a cable and its back bumper on the ground.

The video shows the car’s back bumper on the grass between the sidewalk and the road. The underside of the car is tangled in cables. There’s no word yet on whether there were injuries. At least one fire truck and one ambulance were at the scene when the video was recorded.

Boler said in the video that besides the back bumper, the car seems intact.

An RPD captain said they waited for RG&E to arrive and towed the car from the scene. There’s been no confirmation about what caused the accident, who was involved, or how the car became tanged. 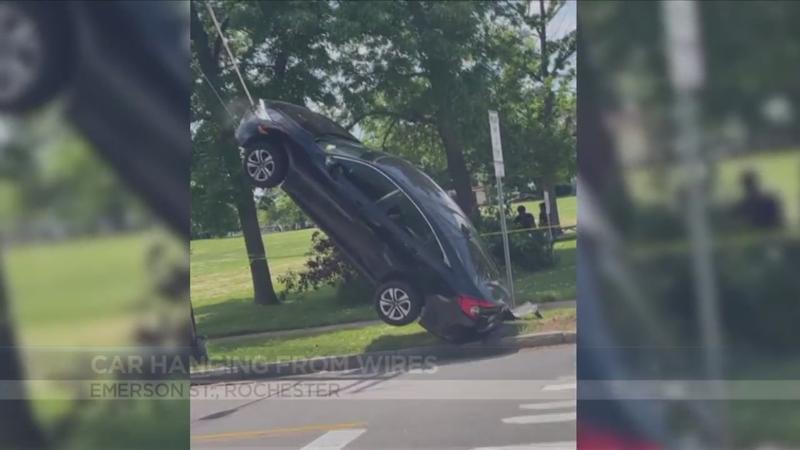