ROCHESTER, N.Y. (WHEC) – The theft of catalytic converters is getting worse. Thieves are now targeting car dealerships all across the region.

News10NBC talked to the Monroe County Sheriff’s Office, and the head of the Rochester Automobile Dealers Association to find out what’s being done about it.

The sheriff’s office says since the beginning of this year hundreds of catalytic converters have been stolen, and sold for some quick, and easy money.

It’s a problem car dealerships must now deal with as their inventory of vehicles are out in plain sight. Ball says these thefts are being committed by the same group of individuals who are stealing them, mostly for the precious metals contained inside them. 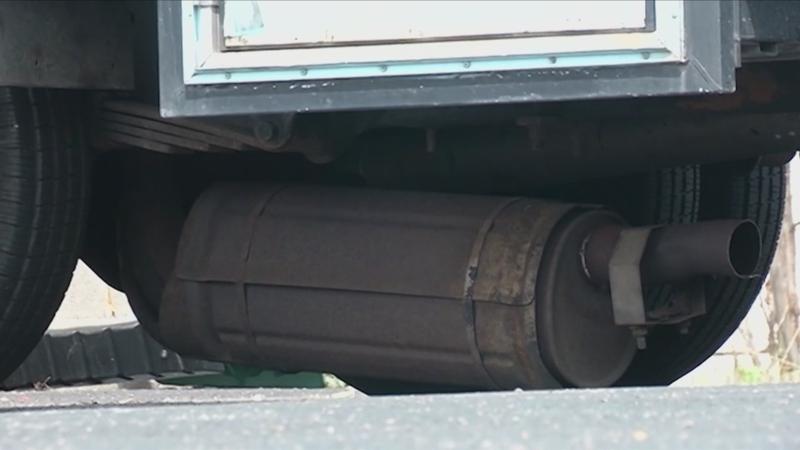 "People that are suffering from severe addictions to some serious drugs are taking upon themselves to go to car dealerships, auto repair shops. Cut these off sometimes in the middle of the day, and then they’re taking them, and recycling them to get money to feed their habit," said Ball.

One local dealership that didn’t want their company name mentioned in this story is also seeing thefts of tires and rims right off their cars.

We also talked to Brad McAreavy, President of the Rochester Automobile Dealership Association about what’s being done to help put an end to these thefts.

"We have a task force that I’m a part of, and a lot of work has been put on the prevention side of it, and also law enforcement is working very hard on trying to make arrests of these individuals committing these crimes," said McAreavy.

He also says dealerships are getting as much help as they can.

"We’re putting a lot of resources into this. We got the help from legislators. We’ve got law enforcement involved. Dealers themselves are taking action with respect to surveillance, and with night-time security," said McAreavy.

Police say one of the best ways to protect your vehicle is to park in a well-lit area that has heavy foot traffic.