(WHEC) — The Centers for Disease Control and Prevention (CDC) Thursday night announced it detected a case of H5 bird flu in Colorado, in someone who was involved in the process of killing poultry with presumptive H5N1 bird flu.

It’s the second human case associated with this specific group of H5 viruses and the first in the United States, according to the CDC. At this time, the human risk assessment for the general public is still considered low by the CDC.

The CDC says the person experienced fatigue for a few days, but that was their only symptom and they have recovered. The other previous case, which again, was not in the U.S., produced no symptoms according to the CDC.

To put this in perspective, the CDC has tracked the health of more than 2,500 people with exposures to H5N1 virus-infected birds and so far, this is the first person to test positive.

The H5N1 virus is shed in the saliva, mucous and feces of infected birds. The CDC says cases of bird to human transmission are rare but can happen if enough virus gets into a person’s eyes, nose, or mouth, or is inhaled. 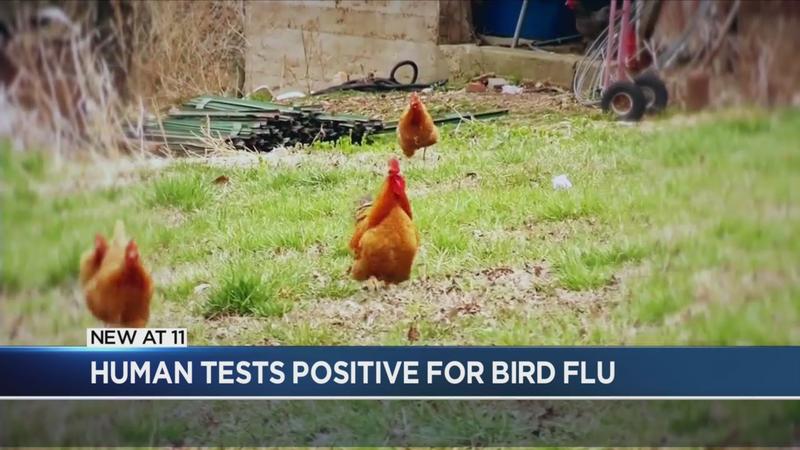 This generally only happens to people who have job-related or recreational exposures to infected birds. The CDC has a list of guidelines it suggests people in that situation follow.

Monroe County has reported cases of the virus in birds. It has also taken measures in an attempt to prevent its spread, such as banning all fowl auctions and sales.