Chill and Grill in Palmyra burglarized, suspects caught on camera

PALMYRA, N.Y. (WHEC) — Police are investigating a burglary at an ice cream store in Palmyra.

Chill and Grill was broken into early Monday morning. The owner says their front door was smashed in and a safe was stolen.

Palmyra Police Department is investigating the incident with help from State Police and the Wayne County Sheriff’s Office.

The shop’s surveillance video appears to show two men entering the store. Chill and Grill believe that the suspects got away in an SUV.

The ice cream shop posted on Facebook that they’ve received an outpouring of support. 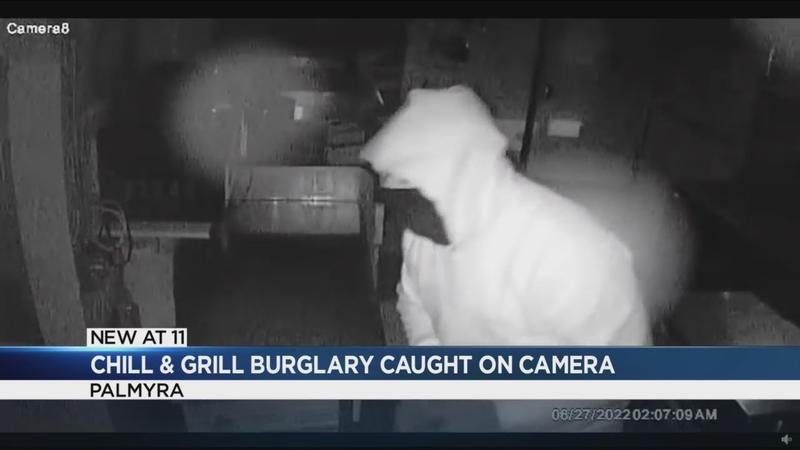 If anyone has information on the burglary incident, please call 911.