ROCHESTER, N.Y. (WHEC) – The Lillis family from Pittsford is no stranger to the Olympic spotlight.

The family is friends with the owner of Fairport brewing and they were able to organize a viewing party to see Chris.

He was a part of the opening ceremony walking out with the 200-plus U.S. athletes and at one point, he got a little screen time, exciting his parents and those there to support him.

As for the gathering itself, there was some cake, music, and some team Lillis swag being worn. Part of a night that was all smiles from start to finish. 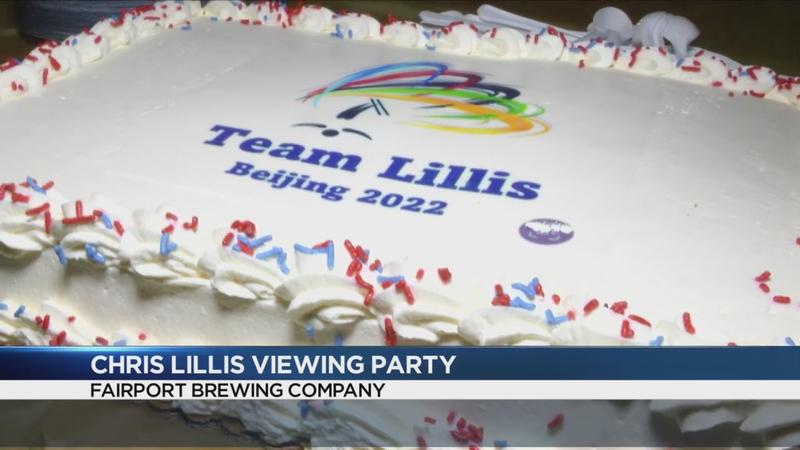 Lillis’ first run is Thursday at 6 in the morning.