ROCHESTER, N.Y. (WHEC) — A ribbon-cutting ceremony was held on Tuesday to mark the completion of the West River Wall Project. This is phase one and a lot of work has been done as part of the Roc the Riverway project.

The river corridor was reimagined and a wall was built high enough to reduce flood insurance for people who live in Corn Hill. It also created new green space that the city named "the north star commons." That’s a tribute to the newspaper of Frederick Douglass.

Roc the Riverway aims to complete more than 20 projects along the Genesee River to enable Rochester to better use its riverfront for recreation. Some current projects include expanding the Genesee Riverway Trail and renovating areas near High Falls, such as Terrace Park and the Brewery Line Trail, which started in early April.

The city also plans to create a state park and a new visitor center around high falls, with help from the New York State Office of Parks, Recreation and Historic Preservation. 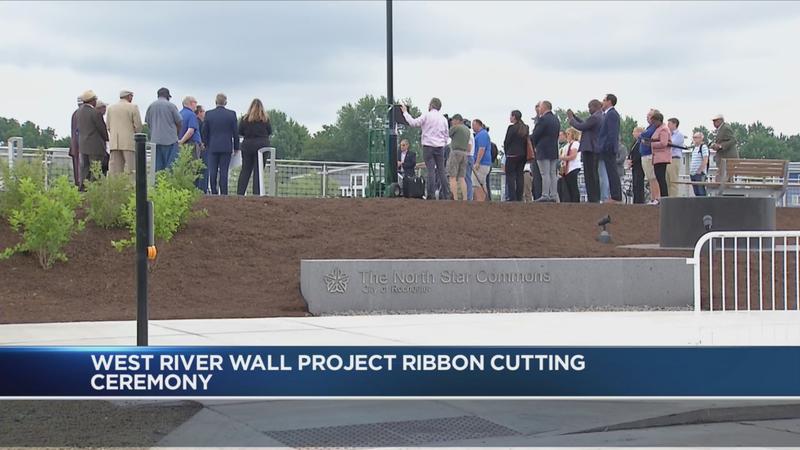