ROCHESTER, N.Y. (WHEC) — “Is there any reasonable explanation on how this makes sense and why the city should continue to fund this agency at such a high level, giving the low to zero volume of casework?” city councilmember Willie Lightfoot said to PAB members at Monday night’s budget meeting. “Crickets.”

There was a tough exchange at city council budget hearings last night. Council members asked for more transparency on what the Police Accountability Board is doing with their time.

There have been many questions surrounding why the Police Accountability Board is not taking on cases and city council members want to get to the bottom of it to make sure they are doing the will of the people.

“I guess what I’m trying to understand and what I want to be clear is what do you guys do over here?” Lightfoot said.

City councilman Willie Lightfoot and other council members asked tough questions to the police accountability board last night on why they aren’t taking complaints from the public or reviewing any cases? 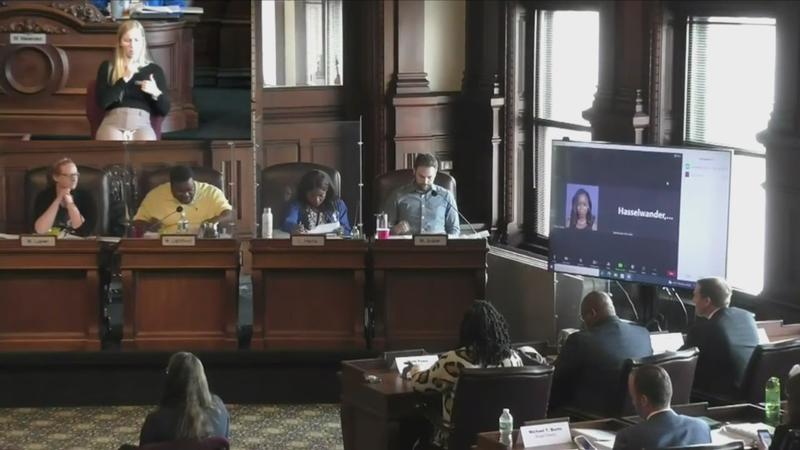 “There’s a lot of money involved,” Lightfoot said. “I think that’s one of the challenges of being independent, especially when you’re dealing with taxpayer funds. You can’t really be independent. There has to be proper oversight over the police accountability.”

The PAB’s chief of investigations, Duwaine Bascoe cited a number of reasons for the pause including staffing, meetings being canceled by the police chief, and their reporting system.

The Police Accountability Board released a statement today, which said "The PAB is committed to transparency and is also committed to protecting the privacy of our staff, just as we are determined to preserve the confidentiality of members of the public who come forward with complaints about police misconduct."

News10NBC’s Raven Brown asked Lightfoot: “What happens next if this continues?”

“I think we have to be bold enough to make a very you know, to make some changes,” Lightfoot said. “I’m not prepared to go and speak for on behalf of the entire council, because I think that the council has to come together and, you know, and make that decision together. But I can just tell you that we cannot with all of the things that we have going on in our city, our funds being as limited as they are, especially the violence and the crime and the things that are going on, I’m sure that we can find uses for that $5 million.”

The PAB will hold an emergency board meeting Tuesday night at 7:00.