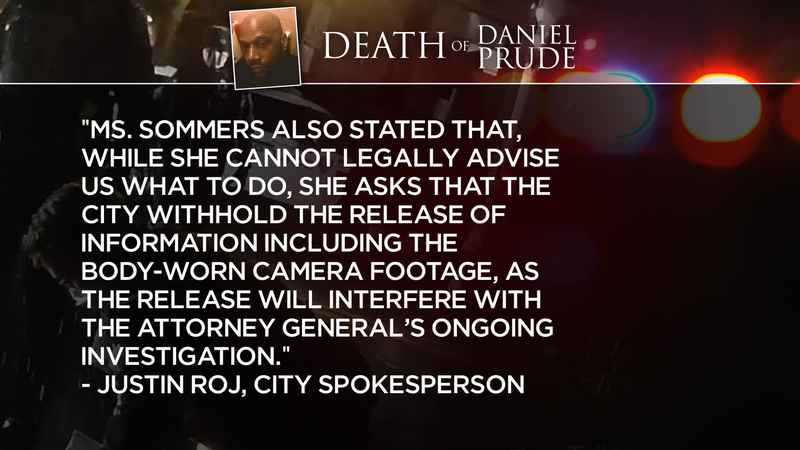 ROCHESTER, N.Y. (WHEC) — The city issued a new statement about why the death of Daniel Prude wasn’t reported publicly.

A city spokesperson claims an attorney for the city’s law department spoke with the State’s Assistant Attorney General Jennifer Sommers.

The city claims Sommers asked the city to "withhold the release of information, including the body-worn camera footage, as the release will interfere with the attorney general’s ongoing investigation."

City officials say they complied with that request.

However, the State Attorney General’s Office called News10NBC last night. They told us they never asked the mayor to not speak about the case.

In a statement on Thursday, Attorney General Letitia James said, "We encourage both Rochester and the RPD to proceed with an internal review, simultaneous to our investigation."

James says the community deserves answers, and her office is working around the clock to get them.