Classes start at School 10 with many walking

ROCHESTER, N.Y. (WHEC) — The backpacks were packed and the pencils, sharpened. Rochester City School District kicked off its first day of school Thursday.

There were plenty of pictures and hugs as well as some first day jitters for the incoming students at School No. 10. Some of the parents dropping off their kids were excited for a new school year but have had to make some adjustments in their transportation.

“The walk was beautiful, it was good weather outside and it was only about three blocks,” said John Guilford, who has a son starting third grade and twins girls starting their first year at School No. 10.

For some parents like John Guilford, his family lives just blocks away from the RCSD school.

“Usually I have my mornings free because work in the evening for the most part, so I try to conserve my time in the morning for the kids,” Guilford said. 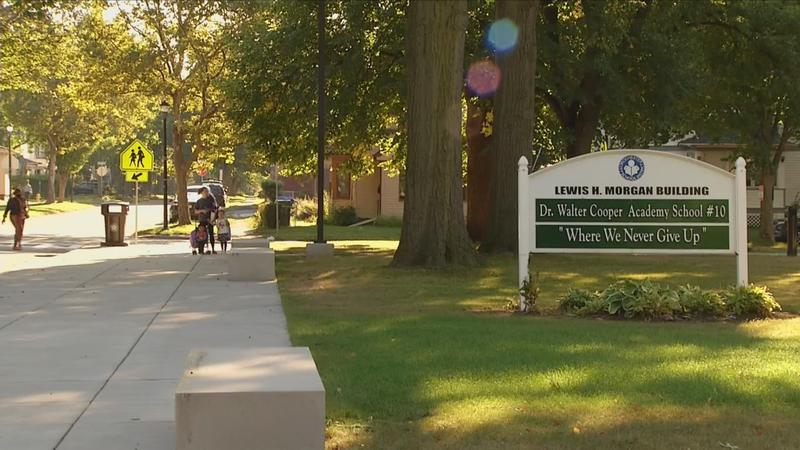 While Guilford lives nearby, not all families of students who attend School No. 10 live close enough to walk, like Brandi Leberth and her daughter. They live exactly 1.5 miles away and normally rely on a school bus, but given the current driver shortage, Leberth had to improvise her work schedule.

“I had to call into work and figure out a new schedule, but I’m fortunate that I have a really good boss and they’re willing to work with me. I can’t imagine how other parents feel,” Leberth said.

The mother of the fourth-grader said while she has a flexible job and is fortunate she is able to drive her daughter to school, she knows other parents who are not in the same position.

“I have friends that have a whole different emotional mindset on it because they don’t have good bosses. Kids come first so you have to call in work and you can’t pay bills. There are a lot of moms that are struggling,” Leberth said.

As RSCD continues to work through the busing situation, families like Guilford’s say they will take advantage of walking the warmer weather until the cold gets here.

“I grew up in New York City, so we did what we did to get to school. We put our boots on, we layer up and keep it going,” Guilford said.