ROCHESTER, N.Y. (WHEC) — Common Ground Health released an extensive report Friday, calling for the reduction of African-American health disparities, that it says have been caused by both structural and institutional racism.

The report is called "The Color of Health: The Devastating Toll of Racism on Black Lives." News10NBC took a look at some numbers included in the report and its calls for action.

Common Ground Health CEO Wade Norwood says COVID-19’s racial disparity hasn’t been a mystery. He quoted Dr. Anthony Faucci and others who stated that the pandemic shined a light on how unacceptable these health care inequities are in the community.

Norwood says health care and the level of treatment should not come down on the color of one’s skin. Behind the numbers detailed in the study are the real lives of real people. He discussed Alvin Simmons, the first to die after testing positive for COVID-19 in the City of Rochester.

"As the pandemic unfurled it became clear that Alvin’s death was a harbinger of the toll that COVID-19 would extract on Black Rochester. In fact on Black people not only in our community, but across the nation," Norwood said. 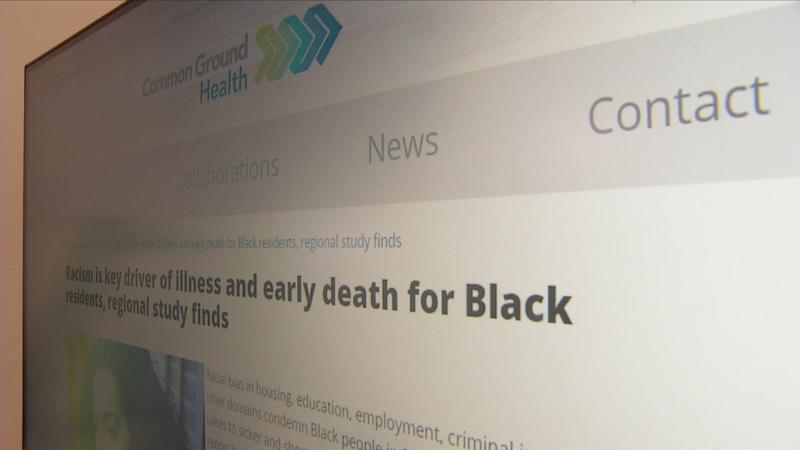 He also said in the first 13 months of the pandemic, Monroe County’s African American residents represented 43% of those testing positive for COVID-10 despite making up only 14% of the population. Hospitalization and mortality rates also were much higher than the white population. He says we have to close the gap when it comes to years of potential life lost.

"This mortality metric places a larger weight on the deaths of younger people by estimating the additional years a person would have lived had they not died before the age of 75," Norwood said.

The report also calls for action. Dr. Linda Clark, Chief Medical Officer at Common Ground Health shared one of many examples that could improve health care for African Americans in our region.

"We have to create pipeline programs for the next generation, and at this is starting at the pre-elementary level, because research shows that patients experience better outcomes with their health if they have access to doctors and other professionals from their communities, from the communities of color," Clark said.

Norwood says racism is an uncomfortable word for many, and structural racism needs no villain.

"It is so persistent and devastating because it’s not something that individuals and institutions choose to do, but rather embedded in our social-economic, and political systems," Norwood said.

Besides health care, the report also tackles the structural and institutional racist policies, and programs that exist in employment, neighborhood environment and housing opportunities to name a few.