GENEVA, N.Y. (WHEC) — News10NBC has a happy ending for you on the story we did last week on 95-year-old World War II Veteran Samuel Ferugia. After his car was stolen, thousands of dollars were raised to buy him a new car. He eventually got one thanks to the generosity of one stranger.

Not only does he have news wheels to get around town, but he also turned 96 Thursday. Reporter Patrick Moussignac not only visited with Ferugia, but also went along for a ride in his new car. He said it was a great experience.

Ferugia’s car was stolen from behind Baroody’s Cigar Store in Geneva also two weeks ago. After News10NBC first reported on the theft, donations began pouring in to help him buy another car. He says the outpouring of support has been very humbling.

"I couldn’t believe that somebody would do something like that for me," Ferugia said. "I’m nobody. I’m a poor man. I was born poor, and I’ll die poor."

Last week, Ferugia picked out a 2013 Chevy Cruze from a local car dealership. Thursday, Moussignac joined him for a quick spin. 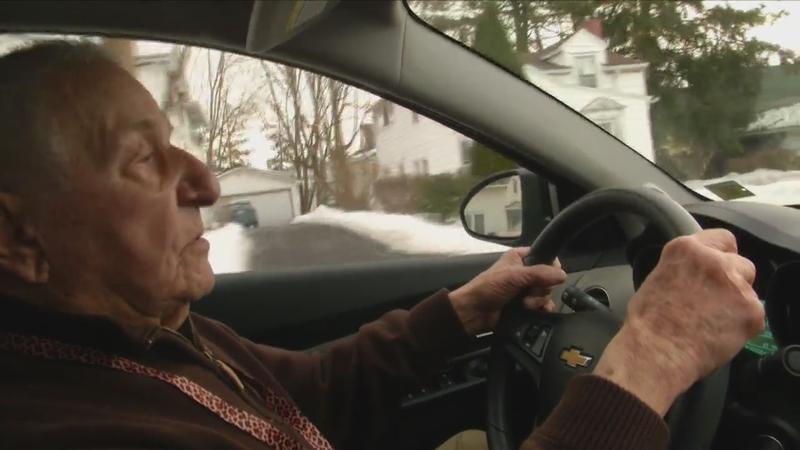 "Oh my gosh, it’s got a lot of power, lot of power. You got to be a mathematician to learn how to press the buttons," Ferugia said.

"Down deep we’re all just Americans, and this guy served our country," Spatorico said. "I didn’t have the pleasure of having served, and to do something for a gentleman of this caliber was extremely humbling."

Spatorico says Teresa Cerino, who works at Ferugia’s favorite restaurant in Geneva, helped introduce him to a local car dealer. From that meeting, a simple deal was made.

"George C. Scott, growing up one of my favorite movies, and to meet a gentleman who served under General Patton was truly a unique experience in my life," Spatorico said.

Perugia, and Spatorico will meet in person when the weather warms up.

"I told him I expect him to buy me a beer, and I want to hear some Patton stories," Spatorico said.

Fergia’s stolen car was found abandoned in Phelps last Thursday. He said the car still runs, and he’ll most likely sell it to someone in need.