Days after Prude died, the medical examiner ruled his death as a homicide, saying he died of complications of asphyxia due to physical restraint, excited delirium and trace amounts of PCP.

The Community Justice Initiative, joined by other groups supporting the Black Lives Matter Movement, is calling for the immediate resignation of Mayor Lovely Warren and Rochester Police Chief La’Ron Singletary. They also want all the officers involved that night fired.

“We demand that we engage in community activist organizations in developing new local policies to be introduced into the police reform agenda,” Community Justice Initiative Jasmine Holliman said. “We would like the introduction of Daniel’s Law which is intended to create a mental health task force consisting of medical personnel specialized in aiding the de-escalation of mental hygiene arrests." 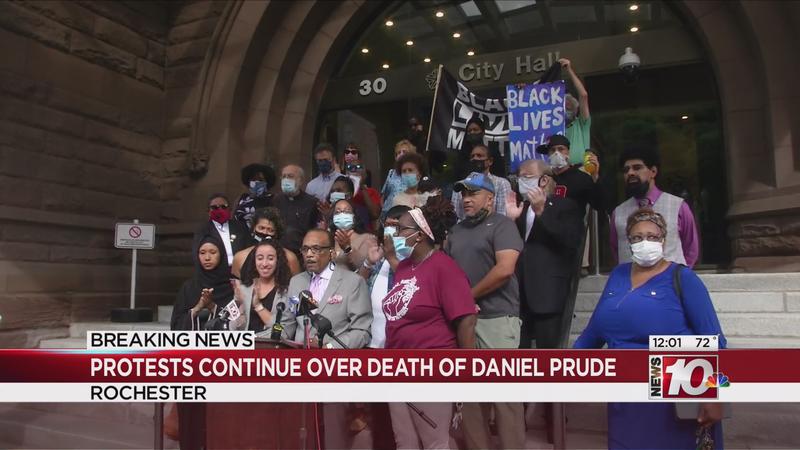 “The mayor and the chief need to give us clear answers as to why this is just now coming out,” Stewart said. “If it was a police officer who was assaulted, this would’ve come out the same day."

Both the Police Accountability Board Alliance and Citizen Action of New York have released separate statements calling for the termination of three police officers who were on scene the night prude was in custody.