GATES, N.Y. (WHEC) — Thursday marked one year since an attempted carjacking on Buell Road in Gates that claimed the life of 71-year-old Richard Sciascia of Irondequoit.

Family, and friends gathered Thursday evening for a special memorial in his honor near the spot where his life was taken.

About two dozen familymembers and friends came out in the cold and the rain to remember Sciascia one year after this tragedy. Many of them said they still find it hard to believe that he’s gone.

"I’m glad to be with everybody, but this is the wrong circumstance," said Sciascia’s stepdaughter, Emily Austin. "Makes me sad. Makes me heartbroken." 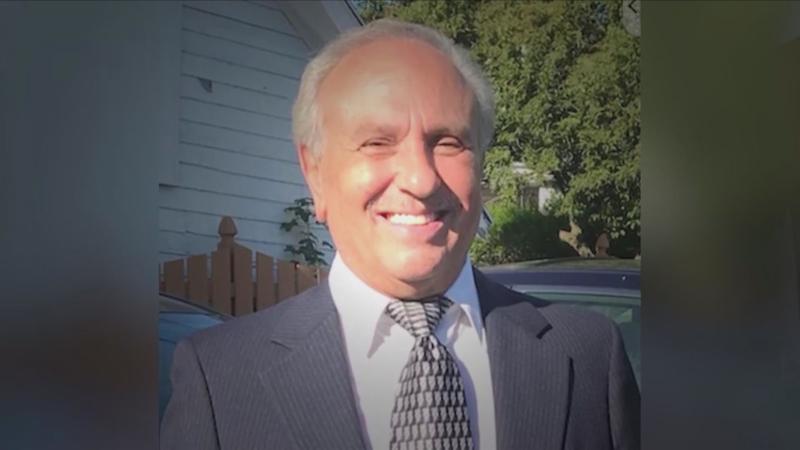 The mourners gathered there Thursday said they remember him as a man who loved both his family and friends.

"[It’s] hard to believe that it’s been a year that he’s been gone," Austin said. "It’s been a rough day for everyone involved. Right down to watching the clock, to when we all got the phone call, to being here together. So it’s been a tough day."

One year ago today 71 yr old Richard Sciascia from Irondequoit was fatally shot on Buell Road in Gates during an attempted carjacking. Tonight, family and friends remember Sciascia near the spot where his life was taken. pic.twitter.com/LDA5RwmG1y

Sciascia was in Gates on his way to visit his son, Sammy, who was staying at the Red Roof Inn on Buell Road when the attempted carjacking happened. Edgar Tolentino and Anthony Jacobs, both teenagers, were charged with second degree murder in his death. He was less than 100 yards from the hotel’s entrance when it happened.

Thursday night, balloons were tied to a cross that was recently added to Sciascia’s memorial. His daughter, Sara, said he was the nicest and friendliest guy in the world.

She went on to say, "I miss him coming over every day. Three to four times a week, every day coming to my house around 11 – 12 o’clock. Sometimes I think I hear him walking in."

Although some family, and friends were not ready to join in, the turnout was still great.

"It shows how much he was loved," said family friend Philip Accorso. "I mean this guy was the best of the best. I mean everybody adored him. Everybody loved him. He had friends from all walks of life."

Dan Zimmer told News10NBC, "We knew him well, and he was a funny guy. He’d give the shirt off his back like everybody else says."

Many who attended wore shirts printed with the words "Sciascia Strong." We asked what those words meant to them.

"We live strong for Rich every day. He’s in our hearts, and we’ll love him dearly forever," said Celeste Zimmer.

The Sciascia family suffered another devastating death in November when Richard Jr. was killed in a high-speed crash on Route 332 in Farmington.

In a Facebook post, Gates Police said "Richard helped so many in our community. We have heard from multiple family members over the last year about what a great person he is."