ROCHESTER, N.Y. (WHEC) – Washington Square Park in downtown Rochester was filled with people holding a vigil for victims of gun violence. The Jewish Federation of Rochester organized this event and say, "Sitting Shiva" is a Jewish custom of mourning the dead and it’s done in silence.

Monica Gebell, with the Jewish Federation of Rochester said this was a little different.

"This is an abbreviated version. We’re "Sitting Shiva" for one hour to commemorate those who lost their lives to gun violence.”

There was 250 chairs set up around the center of the park to signify the number of mass shootings so far in 2022. More than a dozen people, sat in silence, holding signs with the names of people who lost their lives to gun violence. One woman holding a picture of two teachers who tragically died protecting students in the Uvalde, Texas school massacre. 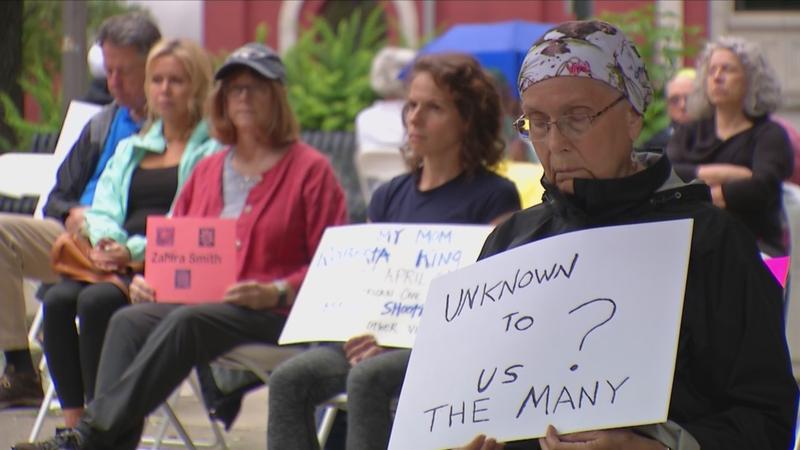 For 22 years Lora Farber has been a teacher in Western New York. Never did she think life as a teacher would be terrifying

"This could have been me,” Lora Farber told News10NBC. "I teach high school and just watching the fear in their eyes, even during a drill, because they know what’s at stake. Most of the teachers you know are willing to give their lives for their students and it shouldn’t be that way, we didn’t sign up for that.”

"Jews have mourning rituals like covering mirrors or sitting in hard chairs, but there is no prescribed ritual or custom for what happens when there is a mass shooting or death on this scale,” Gebell said.

"This is not just a cultural thing, or proximity too, this is a human epidemic that we have to address in our community,” community activist, Anthony Hall added.

Event organizers say they are silent because, as the saying goes, "silence speaks volumes." The group plans to have more events like this in the future.