ORCHARD PARK, N.Y. (WHEC) — Friday marked day three of training camp for the Buffalo Bills and as it goes this time of year, competition is heightened.

One of the position groups we’ll be keeping an eye on is cornerback.

Levi Wallace is at the center of it all.

In his fourth season, he’s once again battling for a starting.

Wallace has started in every game he’s played in over the last three seasons, but Dane Jackson provides a tough challenge. 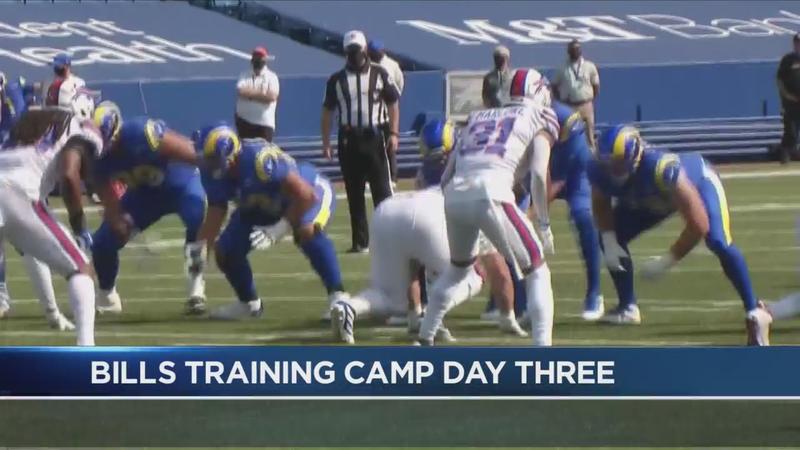 "Levi, he’s a really mellow guy when it comes to things like that," said Bills Defensive Coordinator Leslie Frazier. "He’s really focused on who he is and what he brings to the table. I don’t think he’s too concerned about who we bring to camp or who someone might say is his competition."

The Bills will host an open practice for fans at Highmark Stadium on Saturday, then have Sunday off.