Complaints about Ontario County Sheriff claim he made inappropriate comments

ONTARIO COUNTY, N.Y. (WHEC) — Ontario County Sheriff Kevin Henderson Tuesday said he has "no intention" of resigning from his position over a dispute with some other county officials.

In a statement Tuesday, Henderson said the county’s Board of Supervisors set the deadline following "scrutiny" of certain human resources decisions within the office. He said a discussion with board chair Jack Marren came with a threat of "retaliation" if Henderson did not step down.

A statement from the Sheriff’s Office reads, in part: "During this meeting, the Sheriff was asked, under threat of retaliation, to resign the Office of Sheriff by a deadline of this week. Sheriff Henderson has no intention of resigning, and reaffirms his commitment to the citizens of Ontario County to put public safety before politics." 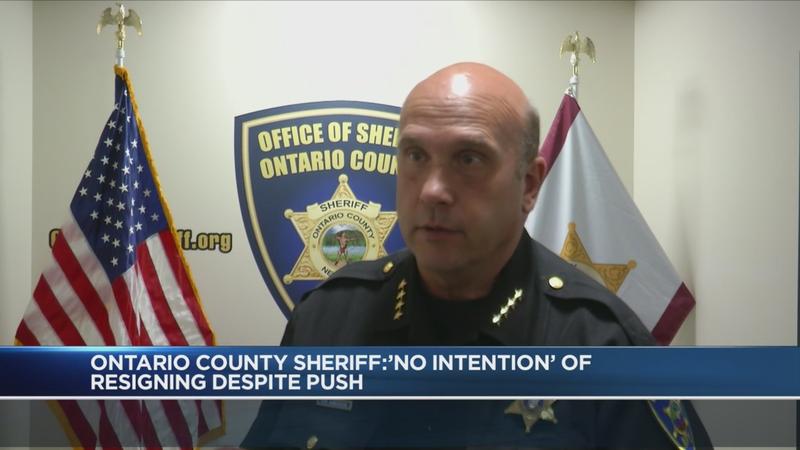 The sheriff said he has requested to meet with the entire board "as soon as possible" to talk about any concerns the board has.

On Wednesday, News10NBC learned the complaints about Henderson include claims that he made comments of a sexual nature in front of staff and that he did not discipline command staff when inappropriate comments were made in front of him.

The Supervisor’s Public Safety Committee met on Wednesday to talk about resolutions and appoint members to an investigation.

A meeting of the full Board of Supervisors to approve the resolution is scheduled for Thursday night.

You can read the full statement from the sheriff’s office below. Mobile users click here.

Henderson Statement by News10NBC on Scribd