ROCHESTER, N.Y. (WHEC) — A couple of weeks ago at the Conesus State Park boat launch, an invasive species of algae was found within the lake.

After the state park classified the algae as Nitelopsis Obtusa or “Starry stonewort,” the Conesus Lake Watershed Council was notified of the finding. The first observation of starry stonewort was just south of the state boat launch which then led to many more findings on the northern edge of Conesus Lake near Vitale Park.

Being that the observations have been near boat launches, Mary Underhill, the Manager for the Conesus Lake Watershed believes the algae may have come from an outside boat as it has been found in parts of the Great Lakes since the 1970s. Starry stonewort can also be found in a few of the Finger Lakes including; Owasco, Canandaigua, Cayuga, and Keuka lakes and has been in those lakes recently when compared to the 1970 outbreak.

“It has a long axis," Underhill said. "It has whorls of leaves around, what we will call a stem, and then it shoots off rhizoids off at the bottom which attach to the sediment."

This algae is not harmful to us but can affect water activities like swimming and boating. It is harmful to the overall ecological lifestyle within the lake. Underhill mentioned the reason it is invasive to the Finger Lakes is that the structure is very brittle and dense, and lives to the exclusion of the native species. This means that the native fish and plants are not used to this plant and starry stonewort does not provide the food and habitat needed for the native water life. 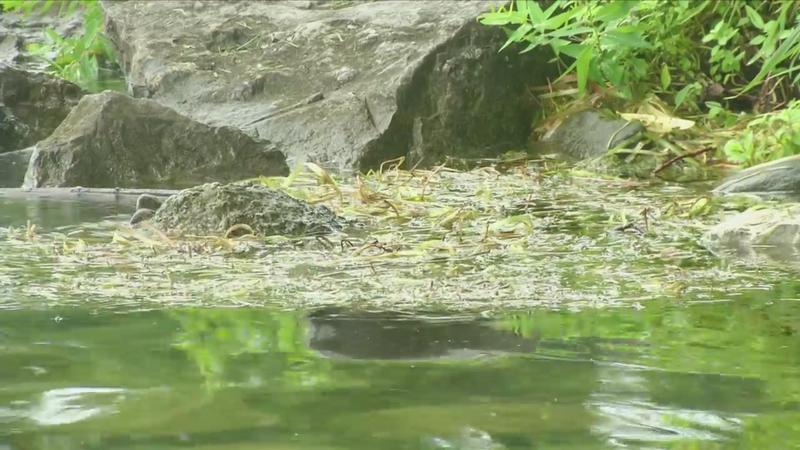 If you do come in contact with it, Underhill says to mark your location, let an official know, and not to remove it as you could contribute to the growing process.

“Take a GPS point, take a photograph of it, record where you are in space and time, and then report it out," Underhill said. "We need to have our folks come and do the eradication when we get to that point. That’s because if a person ends up pulling it out or a boat actually moves through it we have the fragmentations and the bulbils can disperse. So it actually can encourage the plant growth."

Underhill and her team are in the midst of surveying the lake for any more starry stonewort, but after they accomplish that they will begin exploring methods of removing the algae. They can remove the algae carefully by hand, but if the algae become too expansive in nature Mary and her team can explore is to use an enhanced suction technique.

“If it becomes expansive in nature we may be able to go into the water with diver enhanced suction harvesting and so they will be able to suck that out and then hopefully not lose a lot of that plant material," Underhill said. "Then we can look at dredging the bulbils from the sediments."

Conesus Lake provides fresh water to more than 20,000 residents within Livingston County, and the last method the Conesus Lake Watershed Council wants to explore is the use of chemical treatment. Not only may it affect the water quality, but the chemical treatment will only be temporary and not eradicate the algae completely.

Also, the use of chemical treatment will not be used without all the members of the council in agreement. Underhill and her team are currently surveying the lake and are hoping to move forward soon as the bulbils on starry stonewort can survive over winter which will continue the eradication into the next warm season.