Consumer Alert: Gas prices are creeping back up to Memorial Day prices

ROCHESTER, N.Y. (WHEC) — While gas prices spiked last week across the country, the price in Rochester is down about 10 cents. But you may have noticed prices are creeping back up again. I’ve been tracking 13 stations across our area for the last week. And on Monday, prices are higher than they were last week. But without the gas tax holiday, the price in Rochester would average well over five bucks a gallon.

While the kick-off of the gas tax holiday gave us a temporary reprieve at the pump, prices at most of the stations I’ve been monitoring have gone up. At the Penfield Speedway located at 2180 Penfield Road, the price fell to $4.64 last week. But on Monday it was up to $4.99—10 cents higher than it was on Memorial Day.

At the Penfield Marathon located at 1618 Penfield Road, the price fell to $4.42 last week but on Monday, it was back to $469 the price it was on Memorial Day.

He’s right. The wholesale price of gas skyrocketed last week, pushing the average national price for gas up by 25 cents. That means when gas stations re-fill their tanks now, they’re likely paying as much or more than they did before the tax holiday.

But many News10 NBC viewers are skeptical. You’ve asked me what happens if a gas station owner decides to pad his profits rather than pass on gas tax savings? 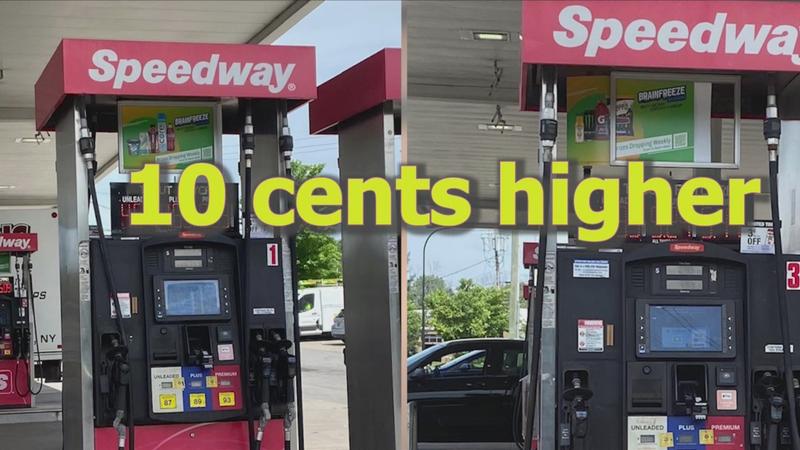 "Last week, I directed our department of weights and measures to increase their inspections and controls of gas retailers in the region," said Bello.

Gas station owners confirmed to me they’ve done just that. Weights and measures inspectors have been busy.

Remember the Rochester Exxon station at 540 Portland Avenue I wrote about on Friday? There the price was $4.99 before the tax holiday and is still 4.99. The gas station owner complained to me that his distributor hadn’t given him a price break, so he couldn’t lower his price. He may be right. In a market this volatile, it’s all about timing.

Remember, we told you that gas station owners were allowed to use the gas in their tanks before lowering the price last week. The owner of that Exxon station told me he fills up just once a week, on Thursday. Because prices rose so quickly last week, it’s possible the price hike had already absorbed any discount he would have gotten had he filled his tanks earlier in the week.

If you believe a station is not passing along the full gas tax savings, you can call New York’s tax Evasion and Fraud line at 518-457-0578.