Consumer Alert: Generic drugs less than the price of your co-pay? That’s the promise of a wholesale pharmacist

ROCHESTER, N.Y. (WHEC) – As prices rise for everything from gas to groceries, you’re likely looking for ways to cut costs. Look no further than your medicine cabinet. Take a peek in your medicine cabinet and you likely see generics. That’s because more than 80 percent of the drugs sold in America are generic. So what if you could pay less for those drugs?

The co-founder of the company says it’s because they got rid of the Pharmacy Benefit Manager, or PBM. It’s a middle man with a big role in controlling what you pay. The PBM develops a list of the medications your insurer will cover, negotiates rebates and discounts, and pays pharmacies for the drugs you buy.

Here’s why their role is controversial. Let’s say your pharmaceutical company charges a dollar a pill for a drug. The PBM negotiates a rebate of 50 cents. The PBM keeps a portion of that rebate. Let’s say, 20 cents for itself, and passes on the rest, 30 cents, to your insurer.

And in the case of generic drugs, there’s something called spread pricing. Here’s how it works. Let’s say the pharmaceutical company charges a buck per pill. But the PBM charges your insurer $1.20, and it keeps 20 cents for itself. Also controversial is the fact that PBM contracts are secret. 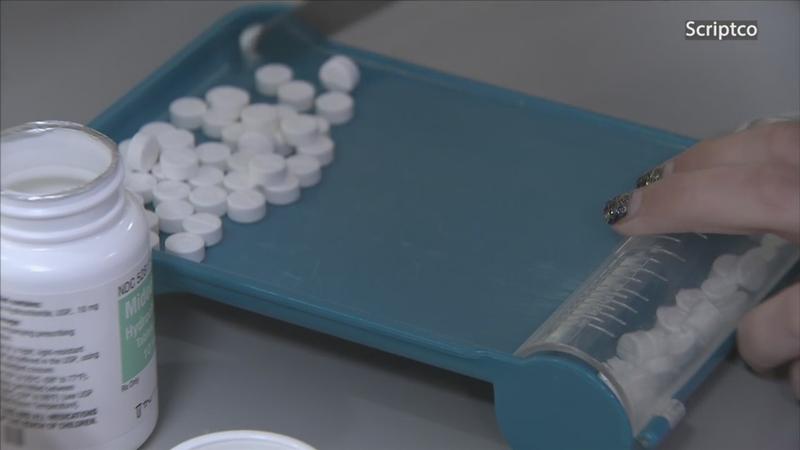 So some guys in Texas decided to take the middle man out of the equation. They created a mail order pharmacy called Scriptco that gets drugs directly from the manufacturer and ships them to you.

"Statistically, about 80 percent of Americans who are insured, overpay for their medications because there is a middle man there called the pharmacy benefit manager,” said Zach Zeller, co-founder of Scriptco. And they [PBMs] set the formularies, they supply limitations, the prior authorizations and the out of pocket costs."

"All we’re doing is transparently disclosing the actual drug cost and selling the drug at cost,” said Zeller. Our only margin come from a $140 a year membership, not the medication."

So you have to know if what you save is more than the annual membership fee of $140. You can price compare on their website.

I also checked GoodRx, and I would have paid less for two prescriptions than my co-pay. All you have to do is download the coupon and give it to your pharmacist.

It’s important to note that pharmacy benefit managers argue they provide a valuable service because they negotiate discounts. Critics point to the fact that PBMs are paid part of that discount, so that’s a disincentive to approving cheaper drugs.