Consumer Alert: Getting a loan will cost more, Fed hikes rates to try to quell inflation

ROCHESTER, N.Y. (WHEC) – The Federal Reserve just made it more expensive to borrow money. It raised interest rates three-quarters of a point, the biggest hike since 1994. I read more than a dozen articles on Wednesday about this move. It appears that economists are exhibiting a collective anxiety I’ve not seen since the Great Recession of 2008.

While most agree that the Fed needs to bring down high prices, there’s risk involved. The Fed is trying to guide this economic plane to a soft landing rather than a hard painful one, a recession. We’ve already seen rates climb in anticipation of today’s rate hike—and this directly affects you and me.

The pain at the pump isn’t the only pain we, as consumers, are feeling. The disease of high inflation is treated with a tough pill to swallow, higher interest rates.

"We’re not going to declare victory until we see a series of these, really see convincing evidence, compelling evidence that inflation is coming down," said Federal Reserve Chair Jerome Powell on Wednesday after announcing the rate hike.

Translation: Our interest rates will keep going up until the Fed sees inflation coming down. 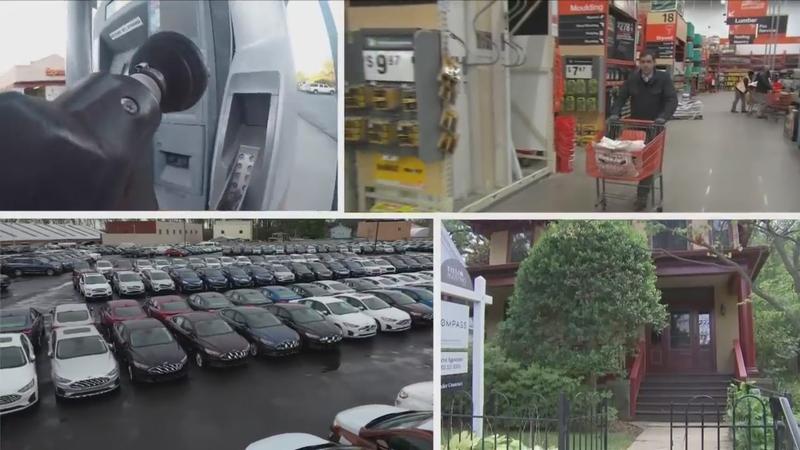 The Federal Reserve hopes the interest rate hikes will cool the economy – we’ll buy less and businesses will invest less. That will reduce demand and ultimately bring down prices.

But those rate hikes mean the interest rates on your credit card, student loan, mortgage, and car loan are going up.

But on Wednesday, that same 30-year mortgage rate is 5.41 percent. That higher rate brings your mortgage payment to $1,322. That’s a difference of $276 a month.

And that new car costs more too. The average cost of a new car in America is just over $47,000. In December, the average new car interest rate was 3.85 percent. At that rate, your estimated payment is $845 a month.

But on Wednesday, according to Bankrate, the average interest rate on a new car is 4.53 percent. That brings your monthly payment up to $877. That’s a difference of 32 bucks.

Clearly, we’re going to see more rate hikes before year’s end. Fed chair Jerome Powell acknowledged there are factors at play they cannot control, like continued supply chain issues and the war in Ukraine, both of which are causing inflation across the globe. But when asked whether the rate hikes will cause a recession, Powell was confident. He indicated the Fed has its finger on the pulse of the broader economy, and he believes a recession is not in our future. Of course, we all are hoping he’s right.