ROCHESTER, N.Y. (WHEC) — Thursday’s consumer alert may leave you scratching your head. That was certainly the case for me when a News10NBC viewer reached out to me for help.

I don’t know that I’ve ever investigated a case of a consumer who bought a product from a big box retailer, never got the product, and then couldn’t get a refund. But that was the case for Hilton mother Melanie Jordan and her daughter, Desi.

When they needed a new washing machine, the two went to Home Depot on Buffalo Road in Gates. Little did they know they were about to be stuck in the spin cycle.

"It was a GE washer, Melanie Jordan explained. “So I purchased it. I paid for it with my credit card, and they said it would be delivered to me on the 25th."

That was June 25, a week after she bought the washer. Home Depot doesn’t handle delivery of its appliances. Instead, it relies on a company called Spirit Logistics Network. The company used to be called Spirit Delivery and Distribution Services and it has an “F” rating with the Better Business Bureau. 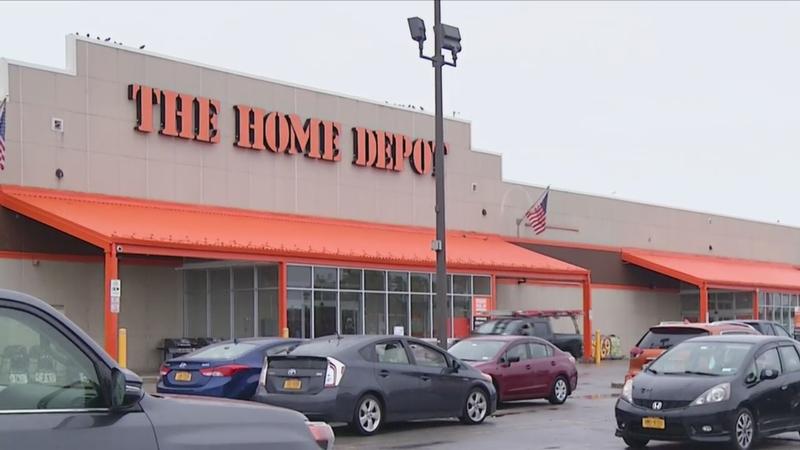 "So the delivery guys they came out and he went down in my basement and he claimed there was a problem with unhooking the old machine,” Melanie said. “So he was like, ‘We’re not going to be able to deliver it’. He never took it off the truck."

Melanie asked a family member to unhook the washer then rescheduled the delivery.

"So when it was time for them to come deliver it which would have been the third of July, they never showed up,” Melanie said. “They never called or anything. So I called the store and talked to management and they said they changed the date to a different date."

This happened four more times, and each time Melanie waited hours for a truck that never arrived.

So Melanie started calling the local Home Depot, the corporate office, and Spirit Logistics. She spent hours on the phone with customer service. But she says they provided no service at all. After a month, she’d had enough. She went back to Home Depot to get a refund.

"So I asked to speak to a manager,” Melanie said. “They had me sitting there for over an hour waiting."

That’s right. Melanie was waiting again, and she says no manager ever came.

"So one of the clerks he talked to a manager over the phone, and what they did is reimburse me for the warranty and the hoses," Melanie said.

Managers at Home Depot refused Melanie’s full refund saying it was a matter for the corporate office.

"To this day they still have my money and no one has contacted me about nothing," Melanie said.

So I got to work. I sent emails, made phone calls and asked lots of questions. And in days, Melanie got her money back.

"If we hadn’t gotten you involved nothing would have happened,” Desi said. “But the moment they’re getting calls from news reporters they’re jumping on things and trying to give explanations."

The attorney with the delivery company blames all this on a paperwork mix-up and says Melanie’s washer was likely sitting in a delivery warehouse for two months. He doesn’t dispute the company’s F rating with the BBB, but he argues spirit logistics network makes 1,200 deliveries a month and has a high customer satisfaction rating with G.E. But clearly customer service failed in this case. Why did no one take the time to research Melanie’s case or even return her calls?

A spokesperson for Home Depot provided the following statement:

"This isn’t an experience we’d want any of our customers to have, and we’re very sorry this happened to Ms. Jordan. We’ve fully refunded her purchase and are addressing the mistakes that were made."

While Melanie’s experience was extraordinary, you’ve likely called some customer service office yourself and gotten no service at all. So I’ve compiled a number of tips from my many interviews with customer service experts.

Here’s Deanna’s Do List when dealing with customer service: