Consumer Alert: May I have a side of pesticide with that strawberry? The EWG releases its Dirty Dozen List

ROCHESTER, N.Y. (WHEC) — In your consumer alert, I’m taking a look at food.

Think about how much time you spend on this very consumer product, the time spent shopping for it, preparing it, eating it, telling your kids to stop sneaking it to the dog. That’s why I pay close attention when the Environmental Working Group or EWG, comes up with its list of the dirty dozen, the foods most likely to be swimming in pesticide residue. The EWG’s list is always a bit disturbing. So prepare yourself.

And you know who’s most affected by those pesticides? Our kids. I’ve been doing some research on pesticide exposure and child neurodevelopment. According to the National Institutes of Health, for their weight, kids eat and drink much more than adults.

They’re far more likely to sit, crawl and roll on the ground. All that means proportionately, they’re exposed to more pesticides than adults. 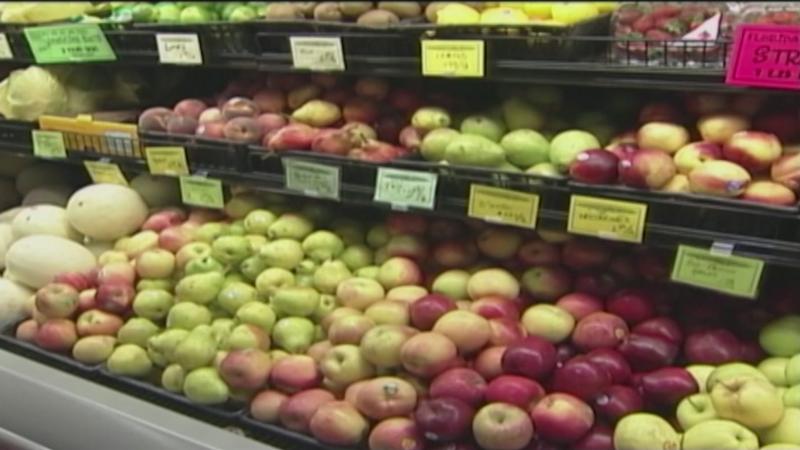 Our liver and kidneys have the tough task of removing pesticides from our system but our little one’s excretory systems are immature, making them less effective at removing the body’s bad stuff which can then block the body’s ability to absorb the good stuff.

Experts say when you can, buy organic. But organic produce is expensive. I get it. So perhaps you don’t buy all organic, just the fruits and veggies that your kids eat the most.

CFPB to the rescue?

I want to end this segment with an update on yesterday’s story. You’ll remember I told you that debt collectors can come after this round of stimulus checks. Here’s how it works. Let’s say you have lots of credit card debt and the card company has gotten a judgment against you to garnish your wages. They can call the bank to freeze your cash, including your stimulus stash.

So on Wednesday, folks at the Consumer Financial Protection Bureau said, we feel your pain, and we want to help. They’re encouraging creditors and banks to work with you instead of taking your cash. The agency has issued a consumer advisory to folks facing this very scenario.

I read the advisory. And it’s just that. It gives advice but has no teeth. It’s still up to the creditor or financial institution to give you a break, but if you send the CFPB a complaint, they’ll help you fight to keep your stimulus money.