ROCHESTER, N.Y. (WHEC) – ‘Tis the season to need stamps. In fact, this may be the only time of year that many of us actually send cards and letters in the mail. And scammers know that.

Several News10 NBC viewers wrote me about online websites that claim to sell discount stamps. All advertise on social media. One viewer wrote, "My husband thought he was buying us postage stamps and instead, I think he fell victim to a scam. The ad was on Facebook and he needs more stamps for Christmas cards, so he thought this would save him a trip to the post office. Also, they were a few cents less than regular postage. Please look into this so that others don’t get fooled by this scam. "

That’s exactly what I did. The website looks legitimate. It even has the USPS logo at the top of the page. But underneath the official USPS logo is the sites address, UUStamps.com. That’s a common technique used by scammers. They create web addresses that may just be off by a letter or two from legitimate companies.

Real U.S. postage stamps cost 58 cents, so 100 should be $58. But this company says it will sell them to you for $46. And it gets better. When you choose your stamps, your next click takes you to a page that says the stamps are 31 percent off, only $39.99. And the more you buy, the better the discount.

So I researched the domain address and learned the registrant of the site is in the Hunan Province of China. Of course. I sent the company an email. I told them that I’m a journalist and asked them directly if it’s a scam.

I was shocked. I actually got a response, an automated message from the qijiuzhongfu Support Team. It read as follows: 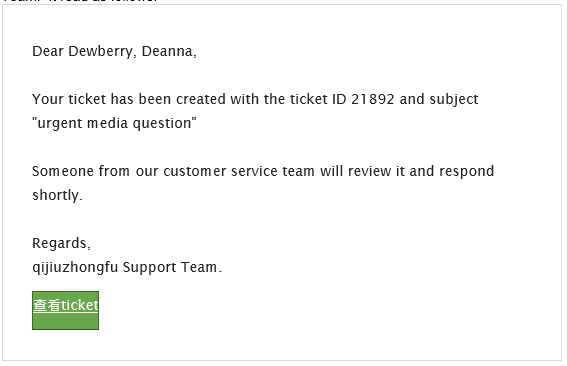 By close of business Monday, I had not received an answer. I also sent multiple emails to representatives with USPS. They wrote me back saying the matter has been referred to the law enforcement arm of USPS.

And late Monday, I received an email from Raymond Williams, U.S. Postal inspector of the Buffalo Domicile. He wrote, “As the law enforcement and security branch of the Postal Service, the U.S. Postal Inspection Service is committed to protecting Postal Service employees and customers and preserving the integrity of the U.S. Mail. The U.S. Postal Inspection Service is aware of an increase in suspected counterfeit stamps offered for sale with many being offered on online platforms, including social media marketplaces and e-commerce sites via third party vendors. It is believed many of the counterfeit stamps are produced outside of the United States. We ask the public to only purchase stamps from the United States Postal Service or other trusted sources. We also want the public to know the Postal Service does not sell stamps below the value listed on the stamp. The U.S. Postal Inspection Service is actively working to identify shipments of counterfeit postage stamps entering the U.S. and the online sales of suspected counterfeit stamps.”

I followed up with another email asking whether he had had direct dealings with UUStamps.com. I also wanted to know what the penalty is for using counterfeit stamps to mail a package. I’ll continue to follow this matter.