Consumer Alert: Rochester Renters sit down for a panel discussion about the city’s troubled rental market

ROCHESTER, N.Y. (WHEC) – More than 60 percent of Flower City residents rent, and half of those renters live in substandard housing. So the mayor formed a housing quality task force. In February, the mayor promised task force recommendations in 90 days. In May, the city spokesperson clarified the timeline, saying they meant 90 business days.

She wrote, “That brings us to June 24. They [the task force members] are on track and will hit that deadline with meaningful recommendations."

So I called on the 24th and was told those recommendations will be released next Tuesday. But Rochester renters aren’t waiting on the task force. I sat down with a panel of tenants who say they just want to be heard.

The five renters who chatted with me in the News10 NBC studio have all given a great deal of thought to what they believe needs to change to improve conditions for Rochester renters. And all but one say they’re living in conditions that most would deem unlivable.

“How many of you are living in a home with open code violations," I asked the group. Four of the five raised their hands. And they believe the city’s inability to address code violations is the biggest problem lower-income tenants face. 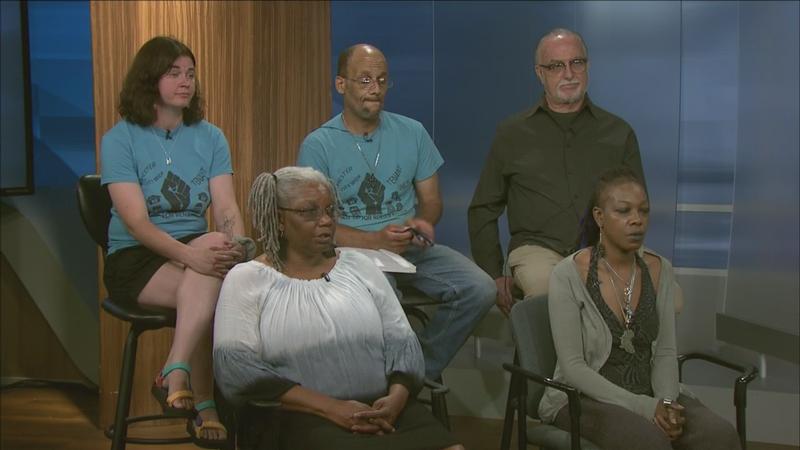 And because rents are skyrocketing, she can’t afford to move.

"It just feels like there’s not a lot of options for me,” said Coleman.

“My conditions are a lot of health and safety violations," Rochester renter Oscar Brewer added.

And like most on the panel, Brewer’s landlord lives out of state.

"The main property manager is out of Michigan,” said Brewer. “The guy that owns my house lives in London. He has 16 other properties. None of them have C of O’s."

So I asked the group, "How many of you are living in a home that has an active C of O?"

"One of the things that the tenant union wants to do is to have a city ordinance, a mandate, a law that if you do not have a C of O, you cannot collect rent,” I said. “Do you believe that should be the case?” I asked the panel.

That all answered yes enthusiastically.

"They shouldn’t be able to rent either if they don’t have a C of O,” Rochester renter Joyce Nelson added. She’s right. All rental properties are supposed to have an active certificate of occupancy. Without it, potential landlords are not supposed to rent out the property.

"That’s one of the biggest problems is that they’re not enforcing what the law already says," said Dee Richardson. She says she’s been asking her landlord to repair her home for years.

"At one point during the pandemic, the ceiling fell in my daughter’s bedroom on her at 3:00 in the morning,” Richardson shared.

"When I reach out to code enforcement, I’m told that they’re understaffed,” said Brewer.

One of the recommendations the task force is considering is hiring more code enforcement officers.

“Do you think that will help?” I asked the group.

As a small business owner, I don’t think that adding more staff to a system that’s not working is the solution,” said Richardson.

"Cobbs Hill Village is in fine shape,” said Sengbusch. “It’s the opposite story where it’s extremely low income, and it’s in good shape. They [Rochester Management] want to knock it down and build bigger apartments that cost more."

And therein lies the irony. The one renter on the panel who is satisfied with his living conditions lives in a complex due for demolition. Cobbs Hill Village residents have been fighting that plan for years.

And this panel of renters says while some of the housing quality task force recommendations may be tenant-friendly, they likely won’t go far enough. Brewer has a message for Rochester mayor Malik Evans.

“Keep his campaign promise to us,” said Brewer. Re-engage the tenants, not the landlords. Talk to the actual tenants.”

So that’s the problem you have with the housing quality task force. You believe there was not enough tenant representation?” I asked.

“And what was [tenant representation] there we were completely ignored," said Richardson.

I am anxiously awaiting the task force recommendations and will bring them to you when I get them.