ROCHESTER, N.Y. (WHEC) – On Tuesday Rochester Mayor Malik Evans released new recommendations to try to improve housing quality in the city. The mayor created the task force in February and gave them 90 days to come up with recommendations.

I’ve been investigating Rochester rental conditions for months and spoke with task force leaders exclusively. And there’s one thing that’s not in question. Writing these recommendations took work. The mayor’s 90-day promise turned into 90 business days and involved 19 weekly meetings that were as long as two hours each. The task force came up with 16 recommendations in the following areas:
• code enforcement
• facilitating home ownership
• repair programs
• increasing housing supply
• improving communication and education.

And this is also without question: The mayor believes when those recommendations are implemented, they will indeed make a difference.

"We’re not going to tolerate dilapidated, rickety, broken down structures that any of us standing here wouldn’t want to live in," the mayor promised at a Tuesday press conference. He outlined some of the 16 recommendations of the housing quality task force. Chief among them, hiring an attorney dedicated to housing court.

"That’s never been done before in the history of the city of Rochester," said Mayor Evans.

It’s something that renters tell me is badly needed. That attorney would have legal options when recalcitrant landlords refused to make repairs. 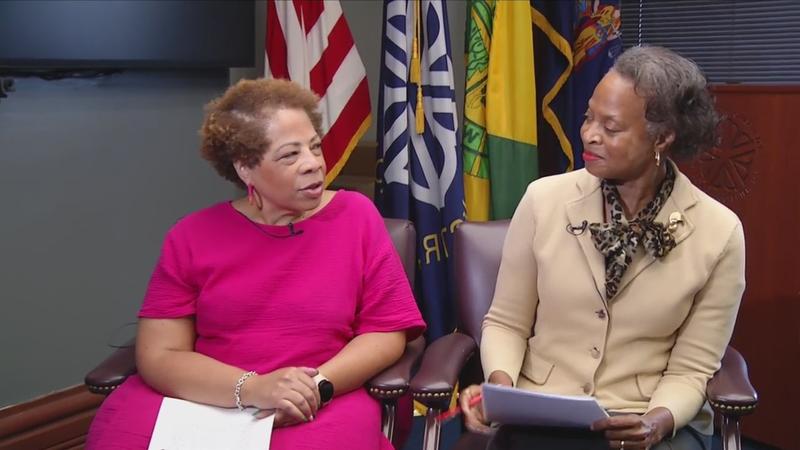 "We have recourse in court to not only to go after that landlord to make sure that they fix the property, if the landlord continues to do that, we have the ability to put them in jail for 30 days," said Mayor Evans.

When I visited Rochester renter Joyce Nelson in March, I found a roof with moss-covered shingles, rotting shingles, and in some areas, no shingles at all. Nelson pointed to a grapefruit-sized hole in the roof that she’d been living with for more than two years.

Nelson was one of five Rochester renters who joined me for a panel discussion about the city’s troubled rental market.

When I asked the panel of five Rochester renters how many of them were living in homes with open code violations, four out of five raised their hands. And they said their complaints fell on deaf ears.

“We spent a lot of time talking about code enforcement,” said Porter. And that’s why we have the recommendation to increase the code enforcement officers and inspectors. It’s very very important,” said Wheeler.

"Our first recommendation was to improve the staffing," Porter added.

But equally important to renters are measures to stop landlord retaliation when tenants complain about bad conditions. That was not addressed by the task force.

"I would say that’s one that’s hardest to legislate," Porter admitted. But she said the task force did recommend measures to educate tenants about their rights. And the mayor insists the task force recommendations will make a difference to the many Rochester renters suffering in inhabitable conditions.

"If it’s up coming in and fixing it and charging the landlord, we’re going to do that. But we’re going to get our money back. We want to protect taxpayers.

The task force would like to see the mayor begin implementing some of these recommendations in weeks, so I’ll be closely following it. Noticeably absent from Tuesday’s press conference were the task force members who represented the homeless and the city-wide tenant union. They quit the task force a couple of weeks ago because they believed it was not responsive to the needs of tenants.

And while they concede that the task force did recommend improvements in code enforcement, they believe it failed to recommend ways to protect renters from wrongful eviction, and didn’t accept their plans for low-income housing creation. The City-Wide Tenant Union of Rochester released its recommendations on Tuesday as well, expressing its disappointment that the task force didn’t adopt more of their suggestions.

This is without question: all of these recommendations are thought-provoking. The city plans to have public meetings to discuss them.