ROCHESTER, N.Y. (WHEC) — Check your mail. You may be getting a bill for insurance you didn’t buy. It’s all part of an elaborate scheme to steal more of your personal information, and this scam could have rippling repercussions for thousands of victims.

Rochester resident Jim Wesley has kept every bill and letter he has received from Liberty Mutual over the last three weeks.

It all started when he received two unexpected letters in the mail in late March.

"It was two requests for payments, two billing statements for auto insurance policies saying, ‘Please pay this bill or we will cancel the policy,’” Wesley said.

But, he didn’t buy auto insurance from Liberty Mutual. So, Wesley called the company. 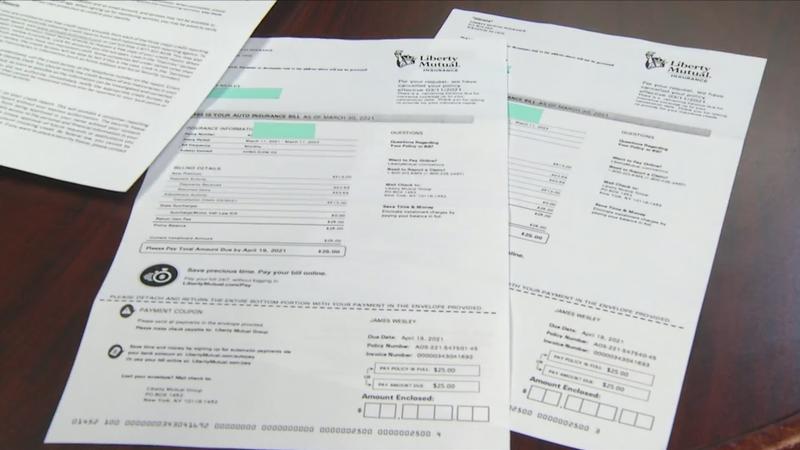 "They [Liberty Mutual representatives] did say that through their policy quoting part of the website, they had a lot of information that was visible that they’ve now masked over. But it somehow was available during the policy quoting phase,” Wesley said.

Deanna Dewberry reached out to Liberty Mutual, and a spokesman told her:

"The security and confidentiality of consumer information is a top priority. We recently learned that the company was the target of a sophisticated criminal cyber incident impacting multiple insurance carriers. This cyber incident resulted in the fraudulent and illegal use of our automobile insurance policy quoting system to procure certain consumer’s personal information, including driver’s license numbers.

As soon as we discovered this criminal cyber incident, we immediately stopped it from continuing, began an investigation and canceled any unauthorized policies or online accounts. We have notified the appropriate authorities and are fully cooperating with their investigation to prevent future fraudulent activity. We are contacting potentially impacted consumers through a mail notification as soon as possible and in line with state notification regulations and are providing them credit monitoring and identity theft protection services at no charge.”

Liberty Mutual representatives told Wesley they canceled the policies thieves bought in his name, but on Monday, April 5, Wesley got two more Liberty Mutual bills in the mail.

"We canceled your policy, but now you owe us $25 because it was up and running for three weeks,” Wesley said, paraphrasing the contents of the bill. “After all this time, you think they’d at least straighten that out!”

Liberty Mutual told Wesley he doesn’t have to pay the bill, and they’re providing credit monitoring for victims for a year.

Because Liberty Mutual confirms that several insurers were affected by this breach, it’s important to remind consumers that if you get a bill from an insurer you don’t do business with, don’t throw the bill away.

You need to call the insurer to explain that you’ve been victimized by this scam. You also need to check your credit reports because thieves have your personal information.