Consumer Alert: The gas tax holiday starts June 1, but will the savings be passed on to you?

ROCHESTER, N.Y. (WHEC) — 24 cents. That’s how much we’re all supposed to save at the pump when the gas tax holiday goes into effect.

The Monroe County Legislature approved on Tuesday a gas tax holiday that will be in effect from June 1 to Dec. 31. The state sales tax holiday suspends the 16 cents, bringing the total to 24 cents. But get this: Gas station owners set their own prices. How do we know they’re actually passing those savings on to us?

According to the National Association of Convenience Stores, more than 60%of owners have only one store. That means it’s unlikely that any gas company could monopolize the stations in a market. So there’s plenty of competition, and competition is good for the consumer.

But we’ve all seen wild differences in prices at the pump. Because the gas station owner can set his own prices, how can consumers be sure tax savings are being passed on to us? That’s a question for Jim Calvin, the president of the New York Association of Convenience Stores.

"First of all, state law requires it," Calvin explained. "There will be lots of enforcement personnel watching very closely, both at the state level at the attorney general’s office and so forth and at the local level… If, however, a consumer suspects that a given gas station is not passing along the full savings to consumers, the marketplace has a remedy for that." 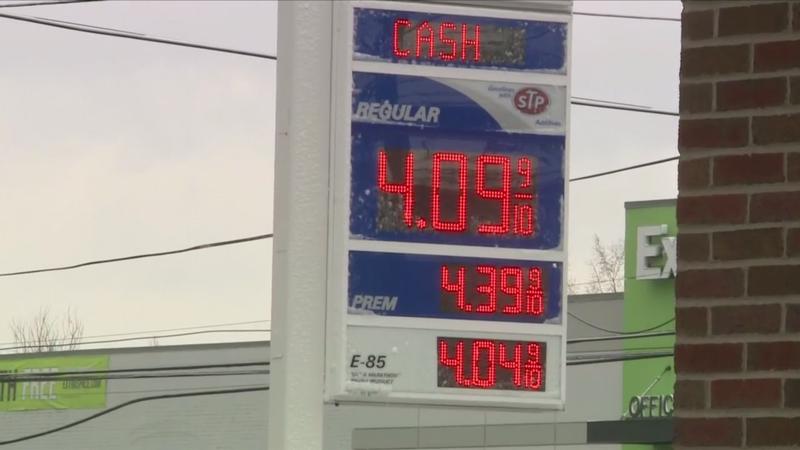 The remedy, of course, is that we, as consumers, can go to a cheaper station. Calvin says that is key. Competition creates compliance.

“But if I, as a gas station owner, can set my own prices, who is to say that I’m not passing along the 24-cent savings?” I pressed. “Who is to determine that?”

“It is a competitive marketplace, and again, if the consumer does not feel as if the price is reasonable or low enough, then there are other sources of the product that they can find,” Calvin replied.

Calvin said the amount of gas a station sells may also help determine the price. Let’s say my co-anchor, Brett Davidsen owns a gas station franchise in Rochester, a city with a population of about 745,000 folks. And I own an independent station in North Rose, a hamlet in Wayne County with a population of 466 people.

Let’s say Brett sells about a million gallons of gas every day. But on a good day, I sell about 100,000 gallons. So because Brett is selling so much gas, he’s able to make his operating budget and pull a profit if he sells gas at $4.05 a gallon. But I’m selling a tenth of what Brett sells, so I need to price gas at $4.29 to keep operating.

I didn’t just pull those numbers out of the air. A Sunoco station on busy Lake Avenue. is charging $4.05. But the one station I could find in North Rose is selling gas for $4.29. Calvin insists that’s part of the reason you see a broad range of gas pricing. The volume sold, in part, determines pricing.

And he says Warehouse stores like Costco and BJ’s have a completely different profit model. He says they may sell gas at a loss to get you in the door where the real profit is made. So it’s clear, to benefit from the gas tax holiday, we need to be savvy consumers.

With the help of Consumer Reports, Here’s Deanna’s Do List for saving at the pump:

Here are my favorite gas apps: