Consumer Alert: The price at the pump keeps rising but the cost of your clothes is not. Here’s why.

ROCHESTER, N.Y. (WHEC) — The cost of living went up again in July, but this dark cloud actually has a silver lining. I know that’s hard to believe when you have to visit the gas station.

Pump prices are positively painful right now and the bacon you’re paying for that bacon is no better. But here’s the good news: Economists believe inflation may be peaking!

The Consumer Price Index, or CPI, for July was released Wednesday, and yes, it’s up. You felt inflation most if you bought a car or put gas in that car. Gas prices were up 2.4% in July, and the price of new cars was up 1.7%. You paid more green for your grub in July, 0.7% more to be exact. That was led by a price spike at restaurants. But wait! I promised you a silver lining, and there is.

It’s core inflation. That’s the good news. Core inflation is when we take out volatile gas and food prices. Those big wigs at the Central Bank believe it’s a better indication of where the economy is headed. And core inflation rose by just 0.3% percent in July, less than June which was 0.9%.

That’s largely because used car prices, which have been soaring, were virtually flat month over month. And there’s good news for parents. Clothing prices were flat too during this, the back-to-school shopping season. All that worked to calm fears of long-term inflation, and Federal Reserve leaders who have been insisting that the inflation we’ve been seeing is temporary, are now feeling vindicated. 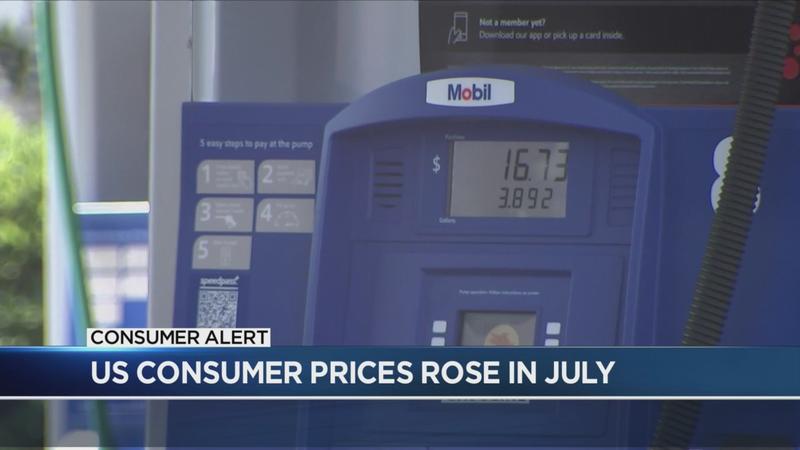 So what does that mean for you and me? We may be able to enjoy historically low-interest rates all next year. If inflation is indeed slowing, the Fed won’t have to raise interest rates to douse water on an overheated economy. In fact, this week the Vice Chair of the Federal Reserve said that it won’t likely won’t start raising rates until 2023. That’s ultimately good for us because that means the rates banks charge us to borrow money should remain low.

So if you’re looking to replace that 10-year-old car or you hope to buy a new home but the prices right now are a bit scary, Central Bank leaders seem to believe inflation will start to cool just as the weather does. Of course, I’ll be tracking it for you.