Consumer Alert: Want sweets for your sweets this Valentine’s Day? You should know more about chocolate before you buy.

ROCHESTER, N.Y. (WHEC) — It’s the most popular gift on Valentine’s Day. According to the National Retail Federation, 56% of those celebrating the holiday plan to buy sweets for their sweetie, spending $2.2 billion on chocolate alone.

But do you ever stop to think about where that chocolate comes from? I consider myself a pretty educated consumer, but to be honest with you, I hadn’t ever given it much thought. But two weeks ago, I got an intriguing email from Robert Ulin, Ph.D., a professor at RIT who gave me food for thought this Valentine’s Day.

He shared that about 60% of the world’s cocoa beans are grown in West Africa in Ghana and the Ivory Coast. But it’s the way they’re grown and harvested that’s really disturbing. Here’s just some of our conversation.

Ulin: "I’m a little worried about being typed as the Grinch of Valentine’s day!” 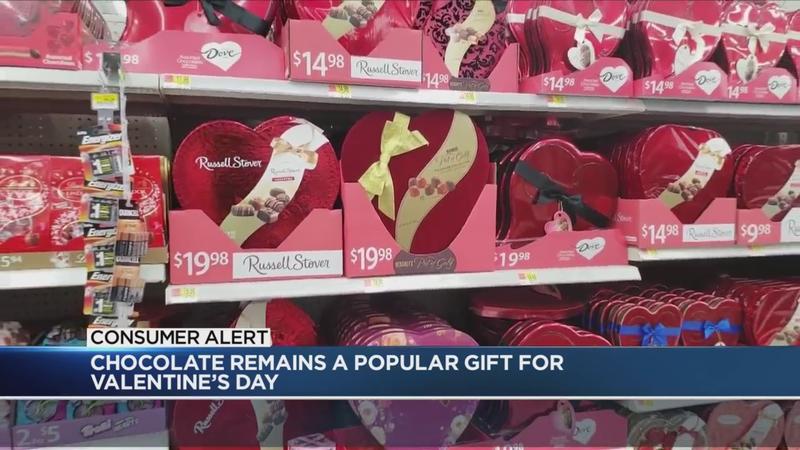 Dewberry: “Oh no, not the Grinch at all. You’re just making us more informed consumers.”

Ulin: "The problem of childhood labor on the cocoa farms in West Africa is something that’s well known since the 1990s. However, journalists who have tried to obtain more information are stonewalled. The large chocolate companies say we don’t have anything to do about it or we know nothing about it."

Dewberry: "Tell me about the conditions that these children are subjected to."

Ulin: "They claim the children are as young as five. They work 16-hour days. They carry very heavy sacks of beans, and if they stumble or fall they’re beaten… At night they’re often locked up and given minimal food or nutrition. It’s really an astonishing and appalling treatment of children."

Ulin and critics of chocolate manufacturers say they’ve turned a blind eye in the search for cheap cocoa beans. I reached out to chocolate companies and Nestlé responded.

A spokesman said, “Child labor is unacceptable. That is why we are working so hard to prevent it and to help address its root causes in the cocoa supply chain. We remain unwavering in our dedication to combatting child labor in the cocoa industry and to continuing to work with partners in government, NGOs and industry to tackle this complex, global issue. Access to education and improving farming techniques and farming livelihoods are crucial to fighting child labor in cocoa production. Nestlé is committed to doing just that. Addressing the root causes of child labor is part of the Nestlé Cocoa Plan and will continue to be the focus of our efforts in the future.”

Nestlé also points to programs it has launched that have freed children from child slavery and helped to educate them.

If you want to know more about child slavery and chocolate, you can watch the documentary, "The Dark Side of Chocolate" below: