Consumer Investigation: A Henrietta Hotel refused a refund, even though the guests didn’t use the room.

ROCHESTER, N.Y. (WHEC) — Memorial Day is in just a few weeks, and you may be thinking about a little get-away. So here’s the question. Should we book our flights and hotel through a third-party booking site or directly with the airline and hotel?

Nearly all the travel experts I’ve interviewed say you should check the third-party sites for prices, then book directly. That’s because if you have a problem, it’s far easier to manage if you’re dealing directly with the airline or hotel. But my investigation tested that thinking.

An RIT student, Ashley Stafford contacted me when she couldn’t get a refund after booking a week at a hotel. Her good friend, Annie lives in San Jose, California. The two are the proverbial two peas in a pod. But theirs is a long-distance friendship, very long, more than 2,700 miles long. So the two college kids planned to spend their spring break week together.

"My friend has never been out of California, and she really like wanted to visit Rochester and see snow,” Stafford said. 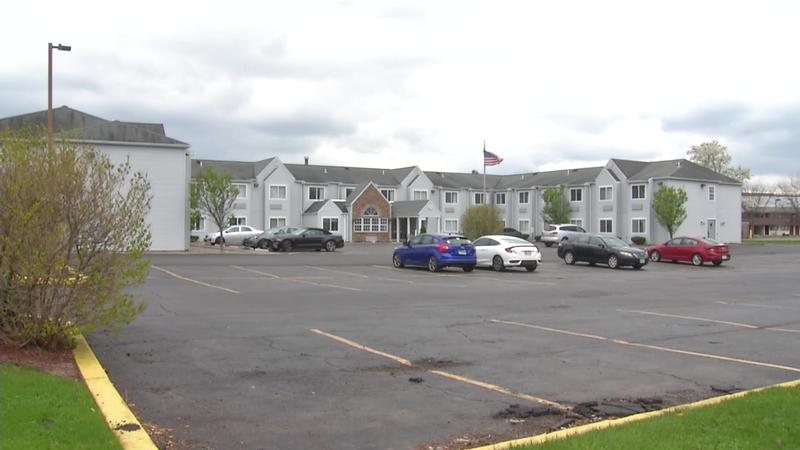 "We built a snowman, and we went sledding," Stafford said.

That was the great part of the trip. But they say their planned stay at Microtel by Wyndham in Henrietta was not so great.

"Since it was my spring break and I’ve been pretty stressed with midterms and stuff, I thought that it would be nice to have a staycation,” Stafford said.

They needed an inexpensive hotel, and Microtel seemed to fit the bill. They booked a week on Hotels.com and paid $469.62.

"We walk in and are immediately turned off because it smells like tobacco," Stafford said.

And then they saw their room.

"There were like stains on the walls, we like lifted the blankets up and there were stains all over the sheets and on the comforter and the pillows,” said Stafford.

She says there was also hair on the bed, the sink and the countertop. So they say they complained to the front desk and asked for a refund. Stafford said the clerk at the front desk was curt.

“She said if you want to get a refund, you have to contact your booking service. I can’t help you,” Stafford recalled the clerk saying.

So they did just that, repeatedly writing Hotels.com. "We checked out less than half an hour after checking in,” they wrote.

And they also complained to the Monroe County Health Department to which the senior public health sanitarian wrote, “We will follow up with the hotel.”

But Hotels.com denied their refund because the staff at Microtel said there were “no records of complaint and you used the room already.” Stafford was stunned.

“It was on record that I complained," Stafford said.

So I emailed the Wyndham corporate office six times over a two-week period. It never responded.

I also emailed Hotels.com which investigated. And found their records show the students complained and checked out the same night.

A spokesman for Hotels.com wrote, "Since management at the hotel were both unwilling to issue a refund to the travelers and, in this case, also misled our agents about the travelers’ status, hotels.com is stepping in to provide a refund to the customers as a gesture of goodwill and for their time and patience."

So did the staff at Microtel purposely mislead the staff at Hotels.com? The manager says no. He said the clerk on duty failed to note that Stafford and her friend had complained and checked out. He blamed it all on a clerical mistake. So while travel experts argue it’s best to book directly, in this case, the booking site, Hotels.com ultimately gave the woman a refund, not the hotel.

Here’s Deanna’s Do List with the pros and cons of using a third party booking site: