Consumer Investigation: Sports betting is big in New York. But how safe are those apps? We investigate.

ROCHESTER, N.Y. (WHEC) — New Yorkers spent $1.6 billion betting on sports in the first month after it was legalized. That makes New York the number one sports betting market in America, and that’s before arguably the biggest single sports event in the country, the Super Bowl. And when you place a bet, sportsbooks gather a whole lot of information about you, a treasure trove for a hacker.

So is sports betting a safe bet? That’s the question I tackled in this investigation.

Ask any sports bettor and he’ll tell you the thrill of victory and agony of defeat are intensified when there’s money on the line.

Burnham is a college student at Brockport, and he’s not that concerned about cybersecurity. Asked what he does worry about he said: “Placing a bet and potentially losing and not getting groceries that week. I like to eat a little bit." 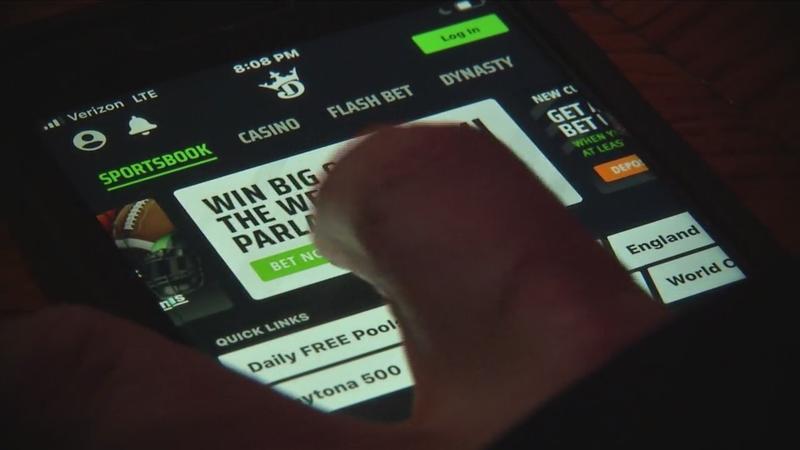 But history tells us there’s a reason for security concerns. It was in February of 2014 that some slots went dark. Iranian hackers brought the Sands Las Vegas Casino to its knees, crippling thousands of servers across the corporation and exposing the private information of bettors.

Then in 2020, lottery leaders had to temporarily shut down Oregon’s sports betting app after a cyber-attack. These apps are fertile ground for cyber thieves because they often require bettors to provide their names, addresses, birthdays, Social Security numbers, as well as banking and credit card information.

Addabbo is the chairman of the State Senate Committee on Racing, Gaming and Wagering.

"There’s reporting, both monthly and annually,” Addobbo said.“There’s reports that come back to the legislature. And there’s constant monitoring by the gaming commission."

Even so, Caesar’s sportsbook stumbled when it launched last month in the Empire State. The app glitched. The system crashed. Payments took days, and help was nowhere to be found.

One tweet tells the tale. When this bettor tried to get customer service through the app’s online chat function, he got the message that there were 1802 people in line in front of him.

"I was disappointed, of course,” Addabbo acknowledged. “Whenever you start something new, you want to eliminate any issues whether it be technical or otherwise.”

So if the app is potentially problematic, can it be trusted with your cash, your credit and your identity? That’s a question for Ken Fuchs, head of sports for Caesars Entertainment.

That means it meets the stringent data security standards of the payment card industry, PCI.

"We hash which means that we encrypt all our customer data that is sitting with us, and we meet extremely high both external and internal data security standards around everything we do, including payment information,” Fuchs said.

And he insists those early app problems are a thing of the past.

"We want to make sure it’s a complete, great experience for our users and fans there in the state, and I think you’ve seen in the last couple of weeks a lot of improvements off that early launch,” Fuchs said.

Richard Schwartz, CEO of Betrivers says its early launch was without hiccups, but they’re not resting on their laurels. They’re vigilant.

"We have all these ongoing tests on a frequent basis,” Schwartz said. “So we have all kinds of service protections, all kinds of security software being used to protect the player information."

Here in the state of New York, sportsbooks also have tight regulations and state oversight.

As for Burnham, he plans to keep dabbling in sports betting but he admits it can be tough.

"The losing aspect. It does make it hard going to bed some nights,” Burnham said.

But he’s not losing sleep over cybersecurity.

Before you place a bet, here’s Deanna’s Do List for doing it safely.

The good news is you can subtract your losses to decrease your tax burden, but you have to itemize to do that.