FAA message: If you act up, you’ll pay up.

In consumer news, I take a look at a message from the FAA: Be nice in the sky or pay up. You may remember Rensselaer County, New York man, Matthew Dingley. Witnesses say he charged the cockpit of his United Express flight, clocked a flight attendant, then knocked responding officers down the airplane’s stairs.

Then there were those folks who slapped, spat on and coughed on flight attendants while refusing to wear a mask. It seems 2020 was the year of passengers behaving badly. So the FAA is responding. If you act up, you should be willing to cough up a maximum of $35,000. You could also spend some time behind bars. That new policy is in effect through March 30.

Traffic deaths increase during the pandemic

It appears our highways were equally unfriendly during the pandemic. Even though the number of cars on the road decreased, traffic deaths surged 4.6% during the first nine months of the year. The National Highway Traffic Safety Administration says with fewer people on the street, those who were driving drove faster. NHTSA leaders say the number of people caught going 100 miles per hour or faster rose while the number wearing seatbelts dropped. Also, it appears many Americans are drinking their way through this pandemic. Sixty-five percent of those injured in crashes last year had drugs or alcohol in their system. 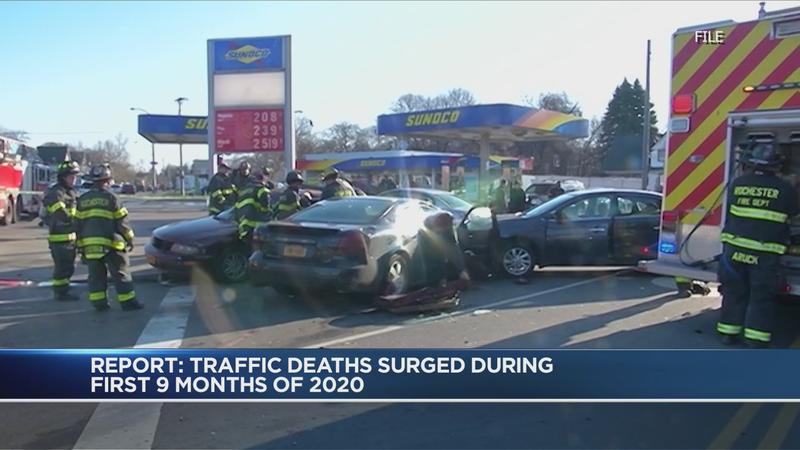 As we settle into the doldrums of winter, if you can stay home with the family and a good movie, it’s not a bad option. And I came across a handy dandy Consumer Reports guide for surviving the pandemic on a budget. We’re all familiar with the streaming giants, Netflix, Prime, Hulu and Apple TV. But you don’t have to pay that monthly fee to get good streaming content. Have you heard of Crackle, Kanopy, Vudu, Xumo or Pluto TV? Consumer Reports says all have great content, and they’re free.

Now keep in mind, you’re not going to have new releases on these free services, and you’ll have to watch commercials. But if you’re like me and sometimes you just want to settle in with a bag of popcorn and box of tissues while you watch Steel Magnolias for the 38th time, you ought to be able to do that for free.