ROCHESTER N.Y. (WHEC) — A crash on Monday afternoon led to tickets for an illegal dirt bike.

Police towed the dirt bike, which was unregistered, from the scene. The man on the bike was cited for riding it illegally. 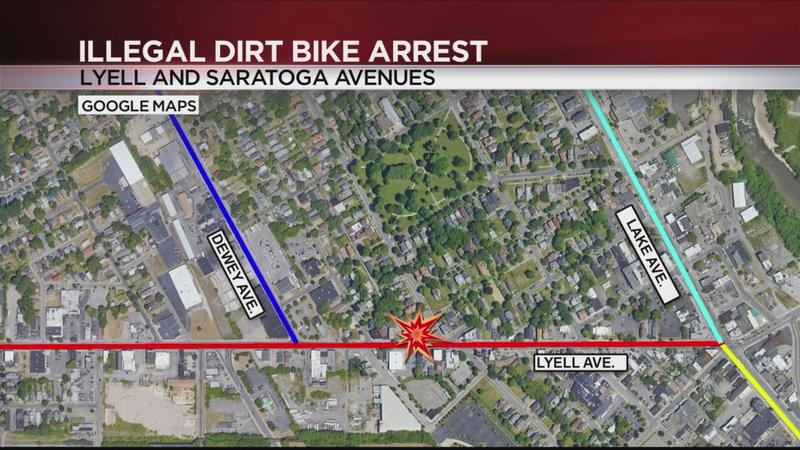