The Geneseo Fire Department was dispatched around 1:45 p.m. to a possible house fire on North Street.

Upon arrival, firefighters were met by the homeowners who believed there was a fire in the basement.

Firefighters quickly entered the basement and began to gain control of the flames.

Firefighters say the fire had extended into the walls and ceilings of the first floor as well as the attic making the fire difficult to fully extinguish. 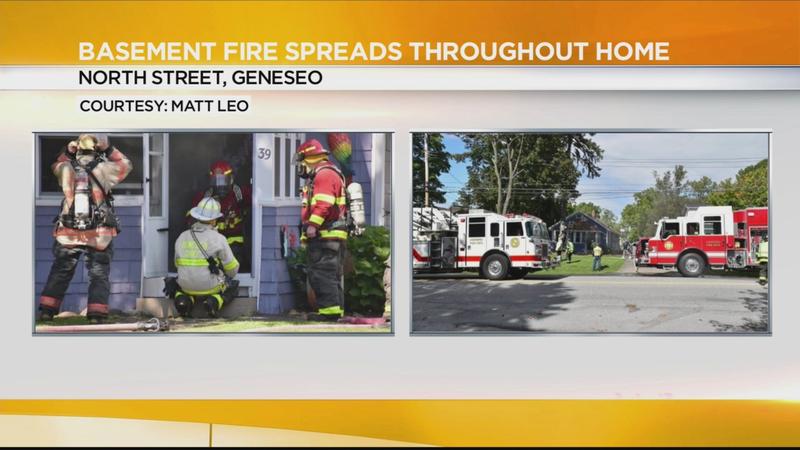 The inside of the home suffered extensive smoke and water damage but thankfully, no one was injured.

The cause of the fire was determined to be the outside electrical service wires shorting affecting wires inside the home.