ROCHESTER, N.Y. (WHEC) — Rochester fire and police have blocked off an area of downtown as crews work to clean up the mess after portions of a building came crashing to the ground Thursday afternoon.

A contractor came in on Friday to get some of the big pieces of asbestos panels off the building after several fell off of it on Thursday afternoon, leaving others buckling.

The building is the abandoned Hotel Richford. According to city property records, 65-67 Chestnut St. has been vacant since June 2011. It dates back to 1915, but the pieces that fell off are part of a newer façade encasing the older architecture.

The city has Chestnut Street and Elm Street closed down near the building. 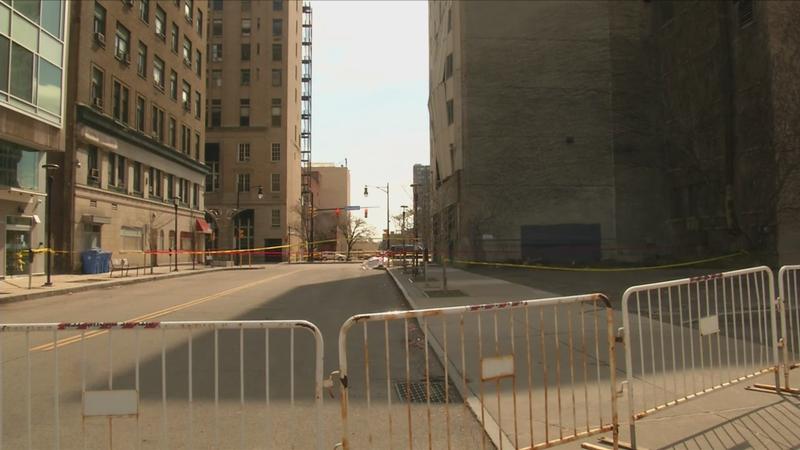 No one was hurt when the pieces of the building came down, and only one vehicle was damaged, though a couple of other vehicles ended up getting stuck in the debris.

The city is now investigating the collapse and working to figure out how to proceed with clean-up safely.

Lt. David Abdoch said while there were some strong winds blowing Thursday afternoon, he believes the building’s slow deterioration is what is bringing the façade down.

"It appears to be a façade that’s on the side of the building that’s anchored to the original part of the building and, with time, the buildings and maintenance, weather the upkeep on it, that’s why we stress building owners to keep there, get the permits checked and their maintenance on the building up to date so we can get them safe as well as people around it," Abdoch said.

Records indicate the building is owned by the Midtown Reborn Development Group. Several buildings in the area have been the target of attempted redevelopment and restoration but the old Richford Hotel hasn’t come very far.

Back in May of 2016, the Rochester Subway blog published an inside look at the Richford, which showed panels from the drop ceilings falling and the floors littered with debris. The photographer said the damage was worse on the building’s lower floors.

Rochester Mayor Malik Evans spoke Friday, saying the city is ready to deal with the building, but its owner is ultimately the one who is responsible.

The city says the building currently has nine code violations but they don’t involve the façade, which is now the main issue.

"It’s not in the city’s possession," Evans said. "So it doesn’t belong to us. So, our plan is that we get it stabilized. But, we wanted to make sure that the owners correct the problems on the property, get a correct and come and get it up to code, make sure that it is safe. Right now I mean priority with that building is to make sure that it’s safe but, again, that’s private property, not city property. We are assisting, with making sure that’s going to be stabilized and safe but the ultimate responsibility as the person that does the building and those individuals that are going to have to fix it."

Despite the code violations, Evans said what’s happening now was not on the city’s radar. He said broken windows or a bad furnace can result in code violations, but none of the issues that the city was aware of would have led to this.