ROCHESTER, N.Y. (WHEC) — The mental health crisis in our community is growing. People are waiting months to get an appointment with a therapist and if you go to the emergency room, you could end up waiting hours or even days for care. But there is a walk-in crisis clinic in Rochester that is helping to bridge the gap.

Robert Mitchell has always struggled with his mental health. “I’ve had depression all my life, I’ve been trying to keep it bottled up and it just doesn’t work,” he tells News10NBC. In April, things came to a head when police were called to Mitchell’s home. A member of Monroe County’s Forensic Intervention Team (FIT) also responded, “[It was] like a panic attack and some anxiety so, I got a visit from the FIT team and I talked to them and talked things out and the lady told me to check this place out,” he recalls.

Mitchell was referred to Rochester Regional Health’s Behavioral Health Access and Crisis Center on Genesee Street in Rochester. “At first you’re kind of embarrassed and then once you get into the process, you’re like kind of relieved,” Mitchel says. “It’s like OK this is where we’ll start from.”

The center accepts walk-ins and can handle most mental health issues unless a person has ingested something or is violent.

“The emergency departments are full with people going for mental health-related concerns and some of those people don’t necessarily need to be in an emergency room to get their needs met,” says Melissa Shoemaker, the manager of BHACC. 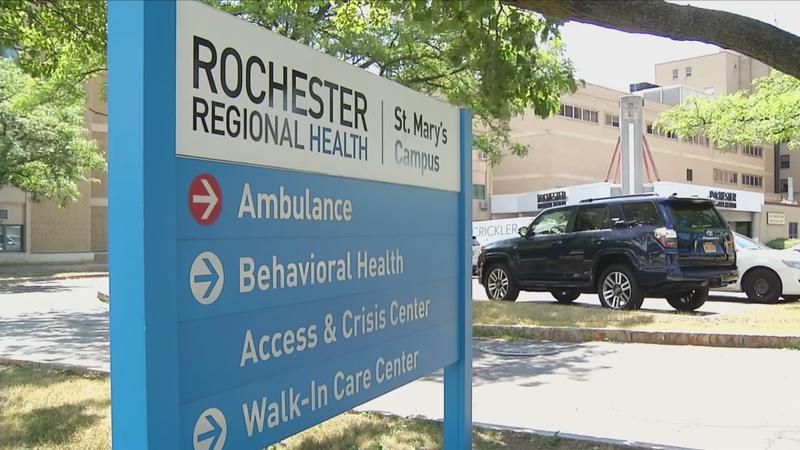 The center is an urgent-care of sorts, open from 9 a.m. to 9 p.m. daily for mental health issues. “The reality is that the waits at clinics are long to get in to see a mental health therapist but we can be here as a bridge,” explains Shoemaker. “so, we might be able to help connect somebody to mental health resources, give them an appointment but they can continue to come in and see us while they’re waiting for that appointment.”

BHACC is busy but still has the capacity and hopes to help relieve some stress on emergency rooms. “Just last year we started a pilot program with police officers and ambulance providers that they are allowed to drop folks off here at the crisis center,” says Shoemaker.

If you need mental health help and you can get yourself to the crisis center, a team of therapists will get in the car and come to you, “being part of a program where you actually go into the community and help people that otherwise wouldn’t be able to get to appointments or not be able to really utilize services because they’re not doing well, that is really satisfying,” says Evan Parry, a therapist with the mobile crisis team.

The team visits those who can’t get out of the house, those who’ve recently been discharged from the hospital and missed a follow-up appointment and people who haven’t checked in with their therapists in a while. “You know some people will tell us that they don’t want to talk to us but that’s really the worst that we see, for the most part, in some cases, they haven’t had their medications in a while and they simply need to go to the hospital to get restarted on those medications,” Parry says.

Anyone over the age of 18 can get mental health care through BHACC, the center is hoping to expand to 24/7 and to be able to serve children but there’s not a definitive timetable yet.