Cuomo made the comments in a roughly 15-minute pre-recorded address as part of his response to findings released in a 168-report from state Attorney General Letitia James, which found that he sexually harassed multiple current and former state government employees.

Watch the full response in the video in the player below (mobile users, click here): 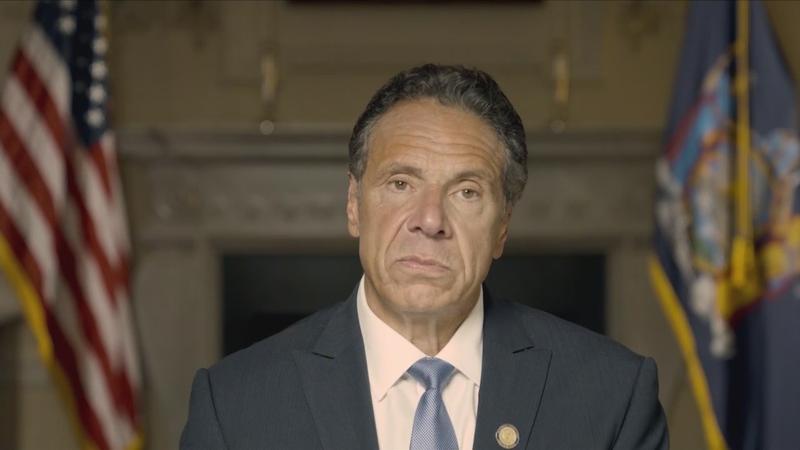 "The facts are much different than what has been portrayed," Cuomo said.

The governor spoke out against several media reports but did not take questions from reporters. Multiple political leaders, and the women who came forward, have called for Cuomo to resign. During his recorded statement, Cuomo stopped short of resigning and said he is bringing in a sexual harassment expert to re-train his team, including himself.

Cuomo did, however, issue an apology to Charlotte Bennett, a former Cuomo aide who was the second woman to come forward against the Governor. Cuomo apologized after describing a conversation he had with Bennett, who he says had identified herself to him as a survivor of sexual assault. He said he attempted to share his own family’s experience with surviving sexual assault.

"Charlotte, I want you to know that I am truly and deeply sorry, I brought my experience into the workplace, I shouldn’t have done that," Cuomo said. "I was trying to help, and obviously I didn’t."

Bennett was among those who called for his resignation.

Watch Cuomo’s prerecorded statement in the video player above.

One accuser’s groping allegation made its way to the Albany Police Department back in March.

The report is also expected to play an important role in an ongoing inquiry in the state Assembly into whether there are grounds for Cuomo to be impeached.

“At the Assembly’s request, we have provided the Assembly Judiciary Committee with the report that was released today, and we will provide them with all relevant evidence," James said. "We will cooperate with their investigation as needed.”

Assemblymember Charles Lavine, who is overseeing the impeachment inquiry, released the following statement.

"We are reviewing the Attorney General’s extensive report documenting sexual harassment and misconduct committed by Governor Cuomo. The findings are extraordinarily disturbing. The details provided by the victims are repugnant.

The report is being studied by the members of the Judiciary Committee and every member of the Assembly. We are engaged in intensive analysis of the report and its exhibits with our Assembly counsels and with our independent counsel, Davis Polk & Wardwell.

This is a difficult day for the People of the State of New York. I am deeply impressed with the professionalism and dedication of Attorney General James and counsel Joon Kim and Anne Clark."