Cuomo: NYers will be ‘shocked’ when they have the facts of AG’s harassment investigation

Reporters pressed Cuomo on the topic during a briefing Monday morning, it comes after Assemblyman Charles Lavine, the lawmaker leading the impeachment investigation into Cuomo, raised concerns about comments made by one of the governor’s top aides — about AG Letitia James.

Cuomo staffer Rich Azzopardi has criticized Jame’s investigation as "politically motivated", suggesting she is seeking to run for governor.

When asked about Azzopardi’s comments, Cuomo said he had concerns about the agenda of the reviewers, and remarked on a "political environment." He then maintained his stance to let the facts come out, and let New Yorkers judge the results.

"I’m very eager to get the facts to the people of this state," Cuomo said. "When they hear the facts, of what happened, and how the situation was handled, they’re going to be shocked, because, at the end of the day, the truth wins." 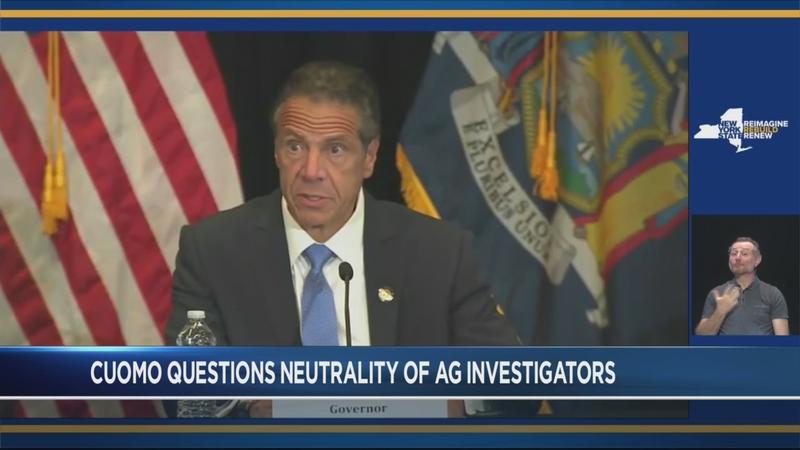 Cuomo was questioned by the AG’s office earlier in July,