ROCHESTER, N.Y. (WHEC) — Gov. Andrew Cuomo and U.S. Sen. Chuck Schumer is calling for an expedited investigation into the death of Daniel Prude.

Prude, 41, died March 30 after he was taken off life support — seven days after the encounter with police on Jefferson Avenue. Days after his death, the medical examiner ruled his death as a homicide, saying he died of complications of asphyxia due to physical restraint, excited delirium, and PCP.

The State Attorney General’s Office is investigating the death.

Gov. Cuomo is now calling for an expedited investigation with the help of the Rochester Police Department. He released the following statement:

"Last night, I watched the video of Daniel Prude’s death in Rochester. What I saw was deeply disturbing and I demand answers.

Under Executive Order 147, which I signed in 2015 after the death of Eric Garner, the Attorney General is investigating and I have full faith that she will complete a thorough review of the facts, get to the bottom of what happened and ensure that justice is served.

For the sake of Mr. Prude’s family and the greater Rochester community I am calling for this case to be concluded as expeditiously as possible. For that to occur we need the full and timely cooperation of the Rochester Police Department and I trust it will fully comply."

"Mr. Prude’s tragic death requires full accountability for any and all wrong-doing and an immediate and complete investigation, which the Attorney General is currently doing. I extend my deepest condolences to all who knew, loved and tragically lost Mr. Prude. " 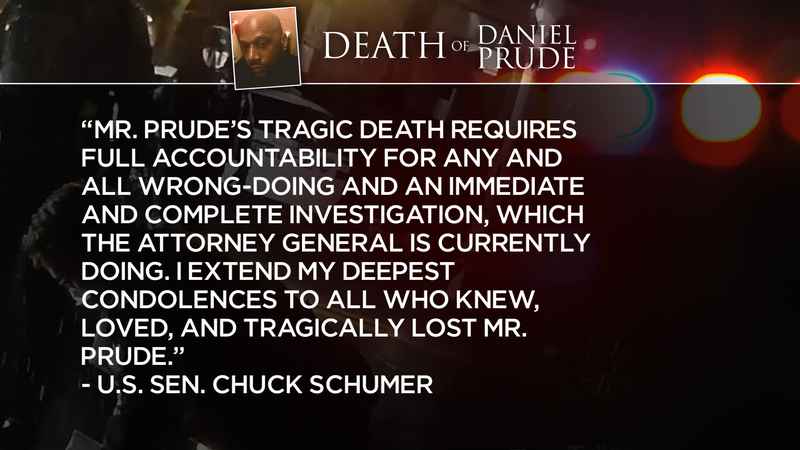 For more information on what happened to Daniel Prude, click here.

To watch the body camera footage of the incident, click here.