GREECE, NY. (WHEC) — At the request of the Greece Police Department, the Monroe County District Attorney’s Office will begin an investigation of a crash that involved Greece Police Chief Andrew Forsythe while driving his police-issued vehicle.

According to the Greece PD spokesman, Chief Forsythe was involved in an accident in the early hours of Thursday morning as he was trying to avoid a deer on 390 North between Ridgeway Ave and West Ridge Road and hit a guardrail. Greece PD responded to it and investigated the accident. Responding officers did not check for drunk driving.

After the accident, Forsythe tried to contact headquarters on the radio but says he could not because the radio was "damaged or switched frequencies because of the impact."

The Greece PD spokesman said Forsythe tried to drive to headquarters because that is where the damaged vehicle would have gone but could not get all the way there. Greece PD says Forsythe managed to make radio contact and called in. Forsythe had a minor contusion to the head and was hit by some glass. He did not go to the hospital.

According to a statement from the DA’s office, the police vehicle was totaled, but no one was injured in the accident. 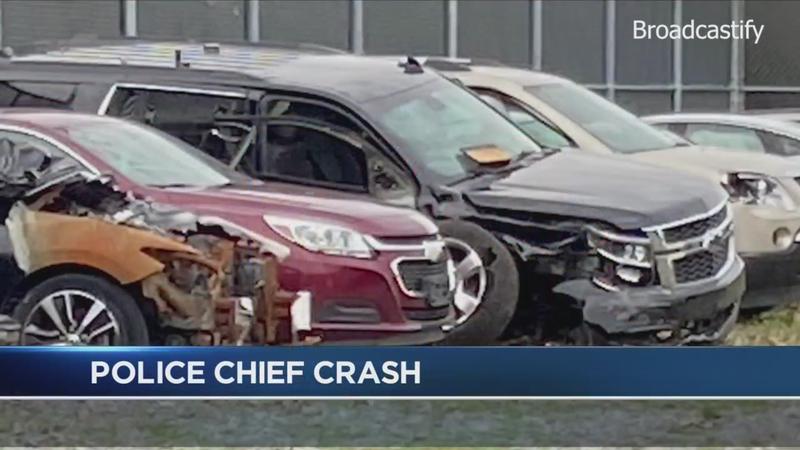