ROCHESTER, N.Y. (WHEC) — A judge has amended a decision to order the authorizing of the New York Attorney General’s Office to release minutes of the grand jury that made the decision not to indict the seven officers involved in the death of Daniel Prude.

Prude was not breathing and had no pulse after he was restrained and handcuffed by officers in March of 2020. He died seven days later in the hospital after being taken off life support. The Medical Examiner ruled his death a homicide and says Prude died from complications of asphyxia due to physical restraint, excited delirium and PCP. His death didn’t become public knowledge until early September.

In February it was announced that the officers would not face criminal charges. Soon after, a judge granted Attorney General Letitia James’s request to unseal the grand jury minutes.

Attorneys for some of the officers involved asked for the opportunity to talk to a judge before the minutes were unsealed, citing concerns about personal information included in some of the grand jury minutes.

The amended decision requires names of witnesses, police officers and grand jurors to be redacted before the minutes are unsealed. 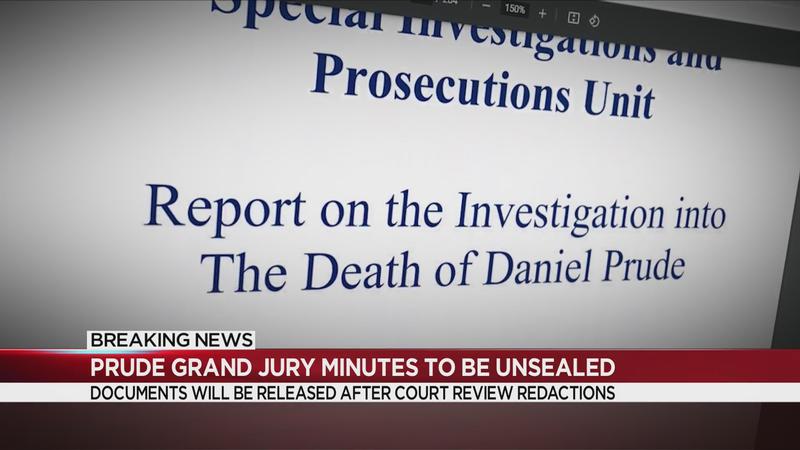 The minutes will not be released until the court has reviewed the redactions.

The order was signed on March 3.