ROCHESTER, N.Y. (WHEC) — A march on Friday night in Rochester prompted by the death of Daniel Prude was broken up by police on Court Street after they declared it an "unlawful assembly."

The march, which began with a large rally in Martin Luther King Jr. Park, went onto East Avenue past News10NBC’s headquarters before weaving its way through the city before the group that was estimated to be in the thousands began to near the Public Safety Building via Court Street, where they were met with a police barricade. Pepper spray and similar methods were then deployed.

This is a developing story and we will have more on News10NBC Today on Saturday morning. 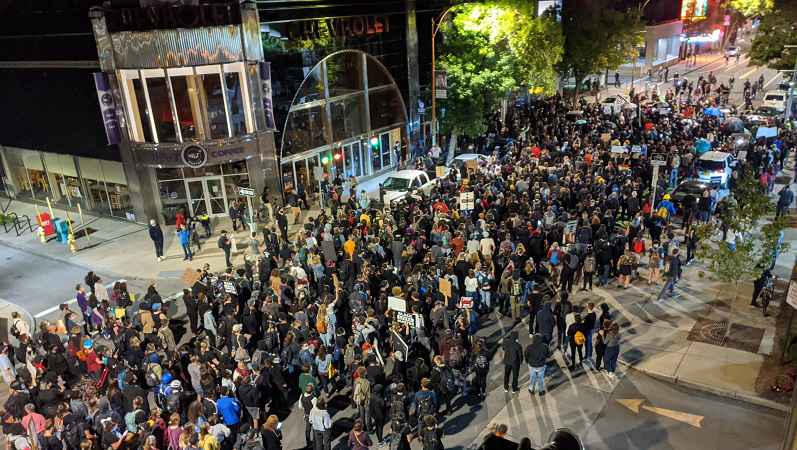