Deadly stabbing at House of Mercy was an unprovoked attack

ROCHESTER, N.Y. (WHEC) – Rochester Police released the name of the victim of Sunday night’s deadly stabbing at the House of Mercy. Police say 68-year-old Michael Nairy died from multiple stab wounds. A second victim who was also stabbed is in the hospital with serious injuries.

Police tell us the suspect is 40-year-old Nathaniel Jeanpierre III. They say he was armed with a large knife.

Police say Sunday night’s deadly attack at the House of Mercy on Ormond Street was an unprovoked attack. Both victims were stabbed while they were sleeping in bed. Police say the victims, and their attacker all stayed at the homeless shelter.

News10NBC talked to Jakequan Lake who has been living at the shelter for 4-months.

"It’s sad cause this place is supposed to be here to help people, and they’re not helping people at all. They’re getting away from that," said Lake. 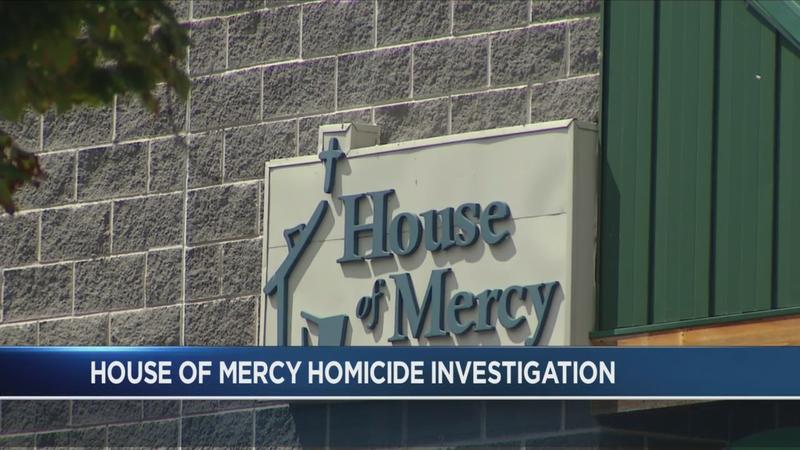 Police say Jeanpierre was arrested Monday. Lake says Jeanpierre would often get into arguments with other people at the shelter.

"I had one incident with him, and we talk it out like men, but it has been an ongoing issue with this guy, and residents talk to the staff about him," said Lake.

Most of the people at the shelter spent the night in a lot across the street as police conducted their investigation. After hours in the summer heat, they were provided with bottled water and snacks, but they wanted more.

"They won’t let us go in the building to get our personal items. They say they’ll bring it out to us," said Lake.

Volunteers like Melissa Sydor were on site to help them.

"They’re going cube by cube, and getting people their stuff out, and then people are figuring out where to go. There’s some people who are you know, going to be placed at Salvation Army, at Booth Haven. They’re taking some people to Martin Luther King Jr. Park as part of the process," said Sydor.

The shelter will remain closed for the foreseeable future, but if and when it does reopen, people like Lake don’t feel safe being there.

News10NBC reached out to the leaders of the House of Mercy, and specifically asked questions regarding their security procedures.

Do they check resident’s belongings for weapons before admitting them?

They refused to answer any of our questions, only to say that House of Mercy is committed to providing a safe place for the homeless. They also say the shelter is working with state, and local leaders to conduct a security review, and support us through this traumatic event.