GREECE, N.Y. (WHEC) — Sometimes mistakes happen. But when the same mistake happens over and over again by the same group against the same guy and every time they promise to fix it but never do, we step in.

The mistake affecting Michael Zabelny comes to his house in Greece in the mail on a single piece of paper. It’s a notice from May 20 to pay a parking ticket including a hefty fine. Michael just had a liver transplant and his health problems make his voice high pitched.

Brean: "Well it’s like déjà vu all over again."

Michael Zabelny: "Yes it is."

It’s déjà vu because the ticket is bogus and it’s not the first time we’ve had to deal with this. 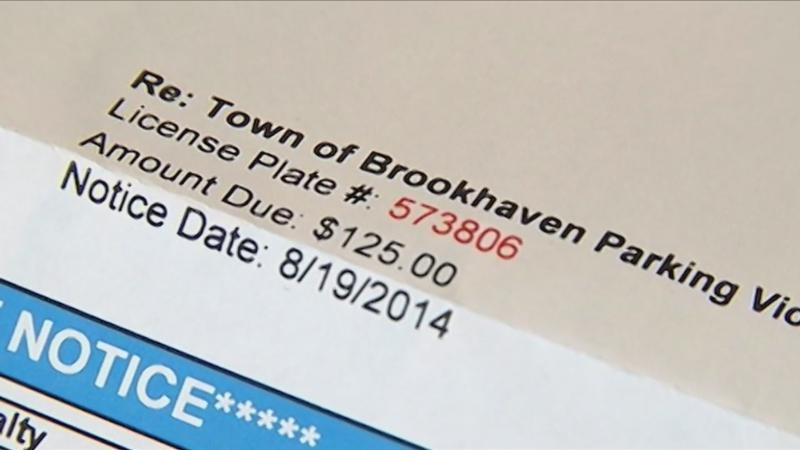 In 2014, Michael got the first parking ticket from the Town of Brookhaven, New York. $125 fine.

"Have you ever been to Brookhaven, Long Island?" I asked Michael in 2014.

Brookhaven is 400 miles from Greece in the middle of Long Island. There was absolutely no way Michael could have violated this law on Long Island. In 2014 he was an amputee in a wheelchair.

The license plate on the ticket used to belong to Michael but he turned it into the DMV in 2013. Because of my story, the Town of Brookhaven promised to void the ticket.

"Please do not ignore this notice," Michael said in 2017 as he read the warning letter from Brookhaven’s Parking Violations Bureau.

A notice said the same parking ticket was now $255 and if Michael didn’t pay it, it would go to collections. Once again, we did a story and the Town of Brookhaven promised to fix it.

But here we go again. After another three years, another notice to pay the same ticket and the same fine.

"Are they just harassing me and coming after me for nothing?" Michael asked in his living room. "I don’t know."

I contacted the Town of Brookhaven again and on Wednesday Michael a letter from the town saying after a review, "This ticket has been DISMISSED with no fine due. Please be advised that our records have been updated accordingly."

Michael’s story was just one of many I did involving faulty tickets from Long Island. Either the DMV records were wrong or the red light cameras were wrong.

Except for the notice Michael got, I haven’t received any complaints about the issue recently.

But if it’s happened to you, email me at bbrean@whec.com.