ROCHESTER, N.Y. (WHEC) — Demonstrators were back out at Rochester City Hall Monday night after taking a day off to remember Daniel Prude.

Sunday would have been Prude’s 42nd birthday.

Monday night, News10NBC’s crew saw a small group of people relaying the demands of the protestors and staying put on the sidewalk outside City Hall.

Last week, they told News10NBC they wouldn’t move until their demands are met, but Monday night, in a Facebook post, Free the People Roc announced it was ending Occupy City Hall and planning new actions in the coming weeks. 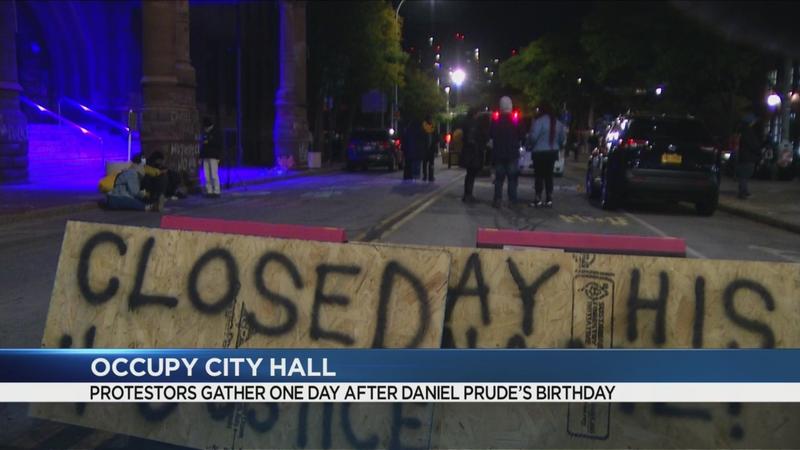